It’s certainly too soon to overreact, but perhaps it also was too early to label Malcolm Butler a No. 1 cornerback.

Butler had some troubles, to put it nicely. Then again, Brown might be the best wide receiver in the NFL, so struggles against him are par for the course. Plus, the Patriots won. So, overall, their methodology worked, even if they let up a ton of yards in the process.

Check out how the Patriots fared in the passing game, both offensively and defensively:

— Butler allowed most of those yards to Brown, who had nine catches for 133 yards overall. Butler was in good position on several of Ben Roethlisberger’s throws, but Brown still beat the young cornerback for the ball. Butler also was beat outright on multiple plays and appeared to misread his coverage once when the Patriots were in zone. The Patriots might have thrown Butler to the wolves too early, but we’ll see how he bounces back next week against the Buffalo Bills.

— Brown fared well in his first game with the Patriots, allowing only one catch for 26 yards. Steelers receiver Markus Wheaton beat him on another target but dropped the ball.

— Harmon was on the field next to McCourty for most of the game as the Patriots leaned much more heavily toward defending the pass than the run. Harmon came away with a pick.

— Fletcher had an up-and-down game overall. He also left Darrius Heyward-Bey wide open in the end zone, but the Steelers receiver caught the ball with his foot out of bounds. D’oh.

— The Patriots’ pass rush isn’t quite living up to its billing just yet. They had trouble consistently getting after Roethlisberger, and it wasn’t for a lack of trying.

— The Patriots spent most of their snaps with three defensive ends on the field as Jones, Ninkovich and Sheard received the most snaps. Dominique Easley began the game at defensive tackle before injuring his hip, then 252-pound rookie Geneo Grissom replaced him at the position.

— Roethlisberger did a nice job getting rid of the ball quickly, yet the Patriots still came away with three sacks, so it wasn’t all mediocre for New England.

— The Patriots used three rookies on their interior offensive line, with Shaq Mason playing left guard, David Andrews starting at center and Tre’ Jackson at right guard. Mason was pushed around a little bit but didn’t allow a single pressure.

— Andrews held up well overall and should be able to hold down this role until Bryan Stork returns off short-term injured reserve, potentially allowing captain Ryan Wendell to play either left or right guard.

— Lewis allowed a sack when he didn’t bump Steelers rookie Bud Dupree while coming out of the backfield. Cannon’s sack came when he didn’t see a safety blitzing off the left tackle.

— Brady had three overthrows in the game, one pass batted at the line and one target that bounced off running back Dion Lewis’ hands. Brady also threw a pass that tight end Rob Gronkowski caught out of bounds. Brady’s first incompletion was to Gronkowski, but it probably should have been called pass interference on the Steelers.

— Lewis caught four of five targets and showed off impressive versatility by lining up at wide receiver. He’ll be a big weapon as long as he stays healthy.

— Scott Chandler caught just one pass for a 1-yard touchdown. It will be interesting to see if and when he takes on a greater role in the passing game. Gronkowski and Edelman dominated Brady’s targets Thursday night. 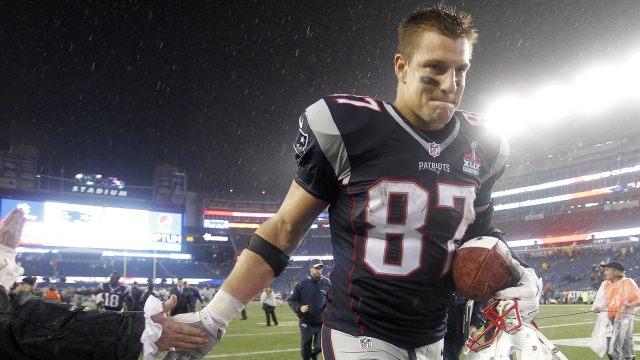 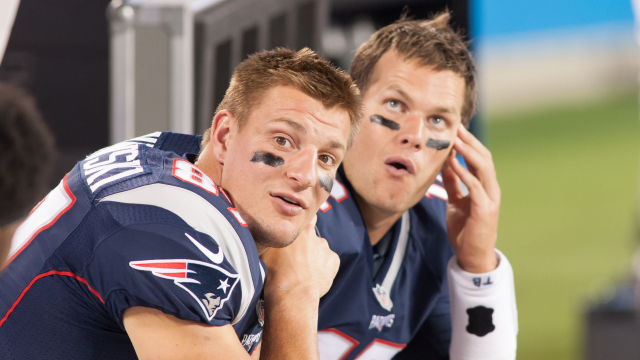