The New England Patriots and Buffalo Bills knew their Week 2 matchup at Ralph Wilson Stadium would be a fight. And the AFC East clash didn’t disappoint.

The Patriots held off the Bills for a 40-32 win Sunday in Orchard Park, N.Y. Tom Brady and New England’s offense were impressive in the victory, but Buffalo also fell victim to the atmosphere. The Bills committed several unsportsmanlike conduct penalties as emotions got the best of them.

?Definitely chippy from their players,? Patriots wide receiver Danny Amendola said Monday on WEEI’s “Merloni, Ordway & Fauria” of the Bills, who committed 14 penalties. ?It was super intense. It was fun to be a part of.

“Their fans were super amped up, and there was a lot of hostility in the air. It was good to get into a hostile environment and come out with a win. We all enjoyed that.?

Bills fans failed in their attempt to set a record for crowd noise, in large because New England responded to Buffalo’s opening scoring drive with 21 unanswered points. The Bills rallied late, at which point the crowd woke up, but Amendola’s crazy 29-yard reception in the fourth quarter helped ice the game.

Brady said Monday that Amendola told him after the highlight-reel catch — his only grab of the contest — that he couldn’t even see the football because the sun was in his eyes. It didn’t matter, clearly.

?I knew the sun was going to be there, but it ended up working out,? Amendola said. 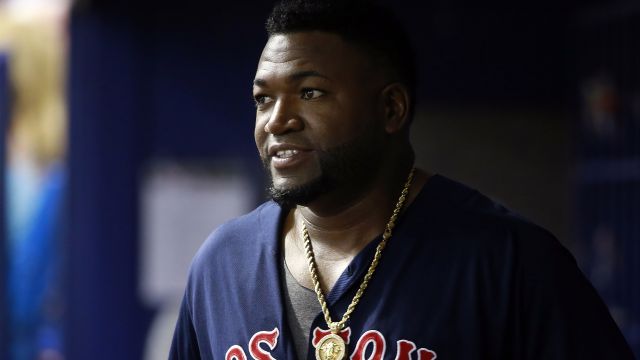