FOXBORO, Mass. — Tom Brady has been doing a lot of waiting in recent months.

The New England Patriots quarterback waited for Ted Wells to conduct his “independent investigation,” which ultimately implicated Brady in Deflategate. He then waited to hear whether he’d be suspended. When he was suspended for four games, he waited again, this time for a decision to be made.

The suspension, of course, was overturned, and Brady then was forced to wait for opening night to get back to football. Finally, Brady and his Patriots teammates got a chance to get back on the field at Gillette Stadium and play a football game that meant something for the first time since they hoisted the Lombardi Trophy after Super Bowl XLIX.

Thursday night was a special one in Patriots history, as it was a validation in more ways than one. It was a coronation, of course, with the Patriots unveiling their fourth Super Bowl championship banner. This one felt different, though. This felt like vindication. It’s safe to assume it was made that much sweeter by everything that has transpired in the last seven or eight months following the AFC Championship Game.

“I love being out there with my teammates playing, so yes, I think it was something I really looked forward to,” Brady said.

Subtlety certainly wasn’t a theme Thursday night. If the Super Bowl celebration was the Patriots spiking the football on the rest of the league, they channeled tight end Rob Gronkowski in doing so. There were musical acts at both ends of the stadium. There were fireworks — so many fireworks. Don’t forget that card stunt, either. There also was, of course, a banner. The whole ceremony felt like a release of sorts. It was a release of sorts, and it’s one the organization certainly felt it deserved.

The fans bought in, too. The stadium was almost at capacity roughly 45 minutes before kickoff, which allowed Patiots fans — who dodged rain drops all afternoon and into the night — a chance to shower the Patriots, particularly Brady, with praise. There was a willingness to embrace the hate, too, like when the Gillette Stadium game ops crew took the chance to play Nas’ “Hate Me Now” shortly after Brady took the field for warmups.

Oh, and Patriots fans weren’t going to miss a chance to go at Goodell, either, with chants of “Rog-er” and “Where is Roger?” over the course of the evening. The only thing missing was a parade down Route 1 for NFLPA lawyer Jeffrey Kessler and U.S. District Court Judge Richard Berman.

It was hard to forget, amid the hoopla, there still was football to be played. The Patriots didn’t look like they missed a beat, either. Brady was simply dominant, and everything fell into place after that.

All in all, not a bad night for anyone with the slightest association to the Patriots. Good things apparently do come to those who wait. 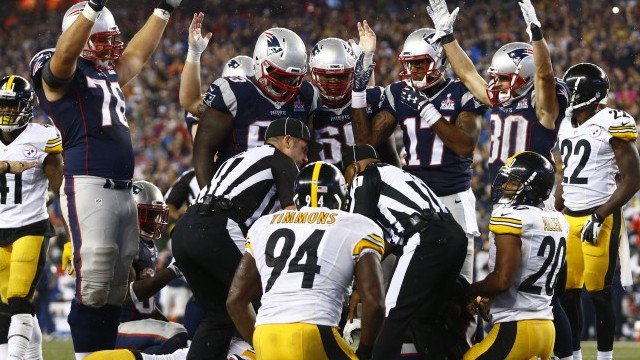 Steelers’ Mistakes, Not Headset Issues, Cost Them In Loss To Patriots 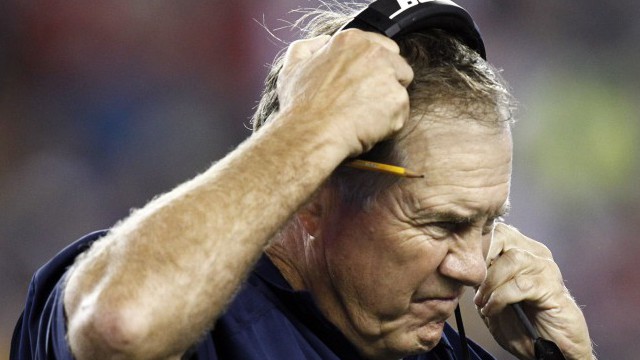