The New England Patriots hopped in a time machine and traveled back to 2013.

Wide receivers Aaron Dobson and Kenbrell Thompkins are competing for roles, LeGarrette Blount is the starting running back, Brandon Bolden figures to be prominently involved in the offense, and Danny Amendola is the No. 2 receiver.

Calm down, though, as there are three key differences this year: Tight end Rob Gronkowski is fully healthy entering a season for the first time since 2011 (“Uh oh,” every other AFC team collectively shrieked), Brandon LaFell should be back after Week 7, and the Patriots added tight end Scott Chandler to the mix.

Gronkowski and Chandler should be matchup nightmares for opposing teams. There only are so many linebackers and safeties who can cover athletic 6-foot-6, 260-pound tight ends. Now the Patriots have two of those players, so even if Gronkowski is double-teamed, Chandler will be able to run free.

Gronkowski, despite not taking the field during the preseason, seems primed for another dominant year. The last time he came into the summer fully healthy, he had his best NFL season, catching 90 passes for 1,327 yards and 17 touchdowns in 2011.

Chandler likely will take on a big role in the offense until Week 7, when LaFell is eligible to return. Then, Chandler and Amendola presumably will share the fifth offensive skill position role.

Julian Edelman remains the No. 1 receiver. After being banged up all summer, he’s now fully healthy and should be just as dependable as always. Amendola had a strong end to the 2014 season and a solid playoff run, so the Patriots have to be hoping he can use that as momentum going into 2015 on a restructured contract

Dobson, Chris Harper and Matthew Slater fill out the 53-man roster depth at receiver, while Thompkins and Nathan Palmer wait in the wings on the practice squad. It seems Thompkins will get a shot at a 53-man roster spot if he continues to impress in practice.

Blount will be the starting running back after his Week 1 suspension has concluded. Brandon Bolden is the next man up to take on early down snaps after Jonas Gray was a surprise cut Saturday.

The third-down role, left vacant by Shane Vereen, remains a question mark. Bolden was the primary pass-catching back in 2013 while Vereen was on short-term injured reserve, but Dion Lewis, James White or Travaris Cadet seem to be the favorites to get the first crack at that position in 2015.

Lewis had the best preseason of the bunch, and the Patriots seem high on the 2011 fifth-round draft pick. They still might want to see what they have in White, however, after using a fourth-round pick on him last year.

Cadet is the most versatile of the crew, but he’s also possibly the most unknown since he didn’t play during the preseason after signing this offseason. He was used as both a receiver and running back with the New Orleans Saints, so he should be another chess piece for head coach Bill Belichick and offensive coordinator Josh McDaniels to move around the field in New England.

The Patriots could divvy up running back snaps like they did in 2012, with Blount playing Stevan Ridley’s role, Lewis in Danny Woodhead’s spot and White and Cadet sharing Vereen’s job. Bolden primarily is a special-teamer, but he’ll back up Blount on early downs.

The Patriots lost Vereen, Ridley, Gray, James Develin (to injury) and Tim Wright over the offseason, but adding Chandler and the new third-down backs nearly makes up for the losses. As usual, the Patriots’ offensive success will depend heavily on Gronkowski’s health. If he avoids injury, there will be many a Gronk spike in the Patriots’ future. 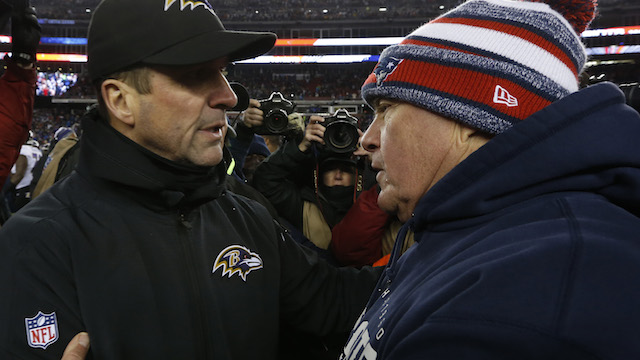 ‘Do Your Job’ Reveals Patriots Named Ineligible Formations After Ravens 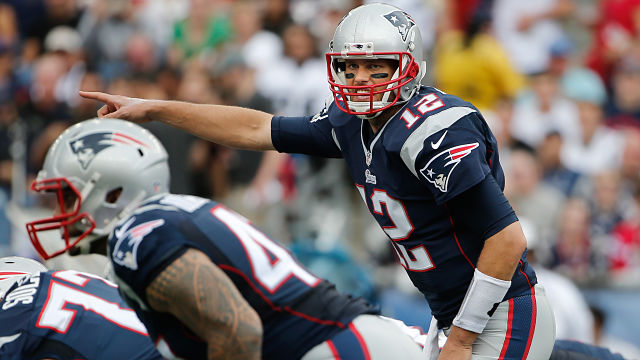