Well, that was something.

WWE World Heavyweight champion Seth Rollins rolled through Sting’s Scorpion Death Lock and pinned the legend to retain the title. It was a disappointing end for fans who wanted to see Sting win at WWE “Night of Champions” at Toyota Center in Houston.

But the night was far from over. Mr. Money In The Bank Sheamus made his way to the ring and knocked out Rollins with a Brogue Kick.

It appeared like the perfect chance for Sheamus to cash in his briefcase for a shot at the title, but Kane came out of nowhere and gave both Sheamus and Rollins chokeslams.

It was a busy night for Rollins. First, he defended the United States title against John Cena. That match didn’t end well for the champ, as the pride of West Newbury, Mass., pinned Rollins to win back the title.

Cena put an exclammation point on the win with an extra Attitude Adjustment for Rollins.

Kane wasn’t the only one who returned to the ring Sunday. WWE legend Chris Jericho surprised fans as the surprise tag team partner for Dean Ambrose and Roman Reigns against The Wyatt Family.

The reunion wasn’t a happy one, though, as the Wyatts got the win and tensions rose after the match between the faces.

Here are some other results from Sunday night’s pay-per-view:

— Kevin Owens defeated Ryback for the Intercontinental title. It was a special moment for the popular superstar.

— The New Day earned a cheap win over The Dudley Boyz to retain the Tag Team titles, but the famous duo got the last laugh.

— Ric Flair’s daughter, Charlotte, upset Nikki Bella to win the Divas championship, and the Nature Boy was there to celebrate the big victory afterwards.

— Cosmic Wasteland knocked off Neville & Lucha Dragons in the pre-show match, and Dolph Ziggler defeated Rusev in the opener.

— In some non-match news, Brock Lesnar will get his rematch against The Undertaker At WWE’s “Hell in a Cell” in October. That should be fun. 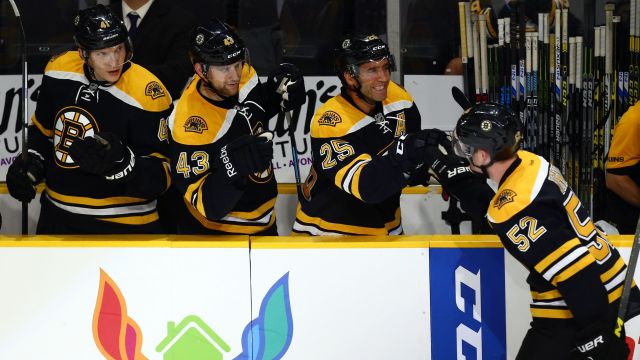