The Buffalo Bills talked some smack leading up to their Week 2 game against the New England Patriots at Ralph Wilson Stadium. A few fans on the Internet even joined the fray early Sunday.

The result? A combination of hilarity and lame jokes — or basically, the Internet being the Internet.

Has all 6 seasons of Pretty Little Liars on DVD. #ThingsTomBradyDoes

Asks if you're "working hard or hardly working" #ThingsTomBradyDoes

Says "talk to me" when he answers the phone #ThingsTomBradyDoes

Eats chicken wings with a fork and knife #ThingsTomBradyDoes

Solves his Rubik's cube by peeling off the stickers. #ThingsTomBradydoes

Mows his lawn at 6am #thingstombradydoes

Drinks your beer at a BYOB party. #ThingsTomBradydoes

Brady and Co. were the ones laughing at the end of the day, as the Patriots defeated the Bills 40-32.

While poking fun at New England is a popular thing to do nowadays, Brady still is arguably the greatest quarterback of all time and the Patriots are the defending Super Bowl champions.

Some Patriots supporters were quick to point out that information later Sunday using the same hashtag previously reserved for Brady criticism.

THROW BALL TO GRONK. GET MORE TOUCHDOWNS THAN YOUR TEAM. #thingstombradydoes

Oh, how the tables turned. 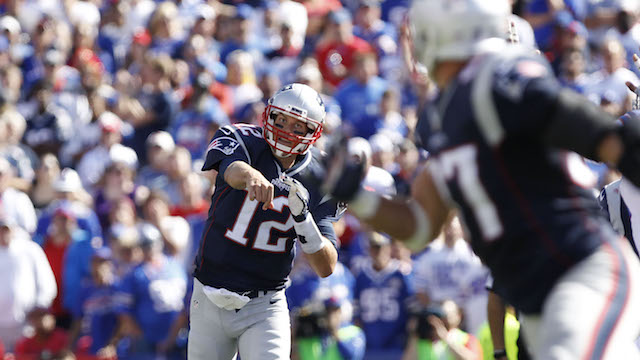 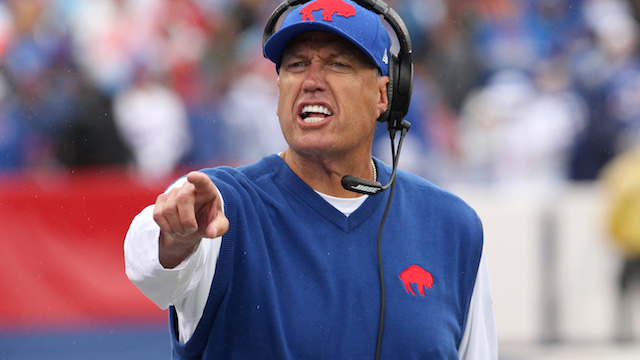