Tom Brady isn?t ready to cast his vote just yet.

Although Brady openly acknowledges he?s friends with Republican presidential candidate Donald Trump, the New England Patriots quarterback clarified Monday during a radio appearance on WEEI?s ?Dennis, Callahan & Minihane? that politics really isn’t his thing. As such, he?s keeping his ballot close to the vest for the time being.

?Look, I?ve known him for a long time. He?s been a fun guy that I?ve had a lot of time around,? Brady said. ?The fact that he?s running, it?s obviously led to a lot of stories and debates, and I know the ratings were huge for all those Republican debates and so forth.

?One way or the other, it?s so far away from when the election will be. And whatever I vote is going to be my own personal choice based on how I feel. I don?t even know what the issues are. I haven?t paid attention to politics in a long time. It?s actually not something that I really even enjoy. It?s way off my radar.?

A lot of people jumped to conclusions recently when a Trump ?Make America Great Again? hat was spotted in Brady?s locker at Gillette Stadium. The Pats QB then (inadvertently?) added fuel to the speculation he?s a Trump supporter by saying it would be ?great? if his buddy was elected president of the United States.

But don?t confuse that passive remark with Brady?s total support. It sounds like the future Hall of Famer simply was being a good friend and that he?d prefer to remain out of the political limelight.

?I think that it?s just a different world than when I started in professional football,? Brady said. ?Even an offhanded comment like that. I said that people may run with — and I understand why people do run with it, because you get the clicks and that type of stuff. It?s just people doing their job.

?A comment like that, I try to have fun with certain things. But some things a lot of times they get taken out of context. So I think you are just more careful with what you say because you don?t want a big headline with you saying something that?s going to take the attention away from your teammates or what you?re trying to do.?

Brady later noted it?s probably best to ?say as little as possible? with regard to certain topics, which certainly falls in line with how the Patriots typically operate. Backing Trump obviously would be a polarizing move for Brady, and it?s clear his focus right now is on winning football games. 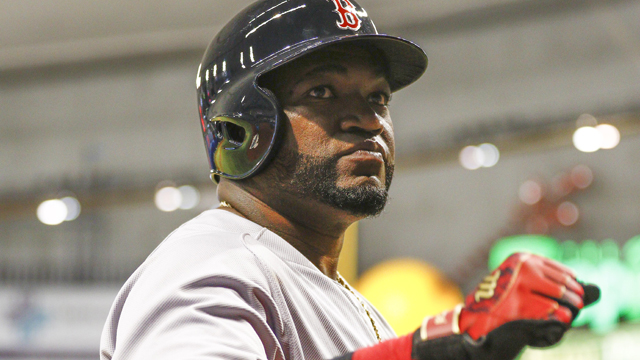