Tom Brady Takes Jab At Colts: 'They Got Pushed Around' By Bills In Week 1 - NESN.com Skip to content

FOXBORO, Mass. — The Indianapolis Colts did not have a good time in Buffalo last weekend.

Colts quarterback Andrew Luck only completed 53.1 percent of his passes and threw two interceptions in the 27-14 loss. The running game didn’t fare much better, as Indianapolis combined for only 64 yards on the ground. Needless to say, the Colts had some issues, which New England Patriots quarterback Tom Brady noticed as he prepared for the Bills in Week 2.

“I think the Colts, they got pushed around, and when you get pushed around by a team like this, they really feed off of that,” Brady said.

The Patriots have been trying to duplicate the energy and enthusiasm they will face at Ralph Wilson Stadium this Sunday from both the Bills and the fans.

“I think you expect the worst and you expect the loudest, and I think that’s what we practice when we’re out there,” Brady said. “I mean, you really can’t hear anything when coach (Bill Belichick) turns those speakers up.

“He tries to make it harder for us in practice than it is in the game, and not being able to really hear anything just requires a lot of non-verbal communication and everyone being on the same page — knowing your calls, knowing your assignments, being able to know the things that we’re doing really well so you can go out and play confidently and aggressively — because if you don’t play that way, then you get really defensive as an offense.”

It’s easier said than done, though, especially against this defense. 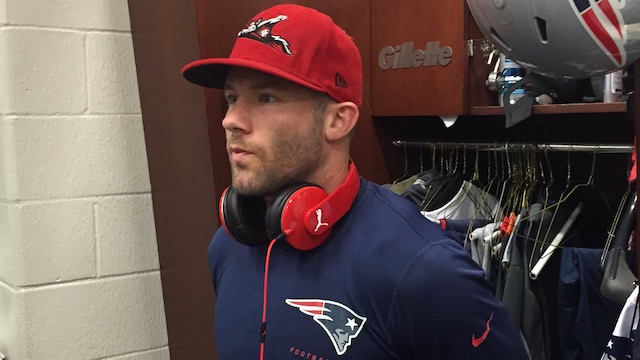