“It used to be our strength,” Julien said after the Bruins dropped a 6-3 decision to the Tampa Bay Lighting, “and now it’s our weakness.”

He was referring, of course, to the Bruins’ defense. Once the franchise’s calling card, it has been nearly nonexistent thus far as Boston has lost three consecutive to begin a season for the first time since 1999.

Though much of the blame for these struggles has been placed on a defensive corps that features newcomers galore and, up until Monday, was playing without leader Zdeno Chara, blue-line play has not been the only issue. Several of Boston’s new-look forward lines have struggled in their own end, and goalie Tuukka Rask has allowed 14 goals — his most ever in any three-game span.

“It doesn?t matter what the situation is, we?ve got to be better defensively,” Julien said. “The amount of goals, from the goaltender on out, defense, the forwards coming back, we?ve just got to be better.”

Rask, who played better than his stats indicated in losses to the Winnipeg Jets and Montreal Canadiens, was not sharp against a high-powered Lightning attack. The 2014 Vezina Trophy winner allowed six goals on 23 shots and admitted after the game that he did not play up to his potential.

“I feel pretty good out there, it?s just making those big saves,” Rask said. “That?s what I need to do. I haven?t made a lot of them, so that?s what it comes down to. … You have to make good saves at the right times. And then you can?t afford mistakes. (Monday), I made maybe two good saves right at the beginning of the third, and that was it for the whole game. I had a chance to make a couple more, I didn?t, and that?s just how it goes.”

Regardless of the garish final score, it would not be crazy to call Monday’s performance the Bruins’ best of the season. They again came out strong out of the gate, their power play clicked (three goals on four chances), and a number of the players who are counted on to put up points — David Krejci, Loui Eriksson, Torey Krug — did. Chara’s return from an upper body also went a long way toward settling down the (still very shaky) D-corps.

It was far from a 60-minute effort, though, and for a team that’s off to its worst start in more than 15 years, finding silver linings is becoming more and more difficult.

“It is frustrating,” said Krejci, who scored the Bruins’ first goal and added two assists. “I mean, if you look at the big picture, 16 goals in three games. That?s not how we play. Losing sucks, and I just … honestly I don?t even know what to say right now.”

One ray of hope: After playing three consecutive playoff teams to begin the season, the Bruins now will see just one (the New York Islanders on Oct. 23) over their next six games. 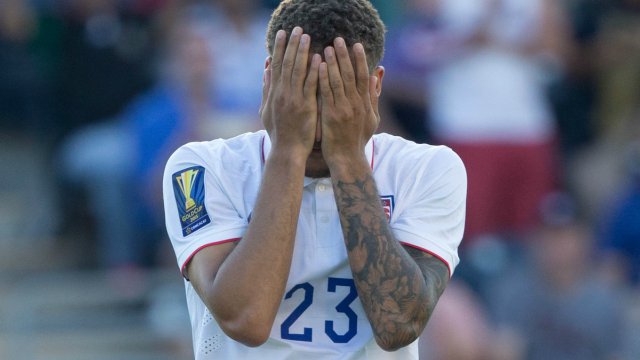