Cowboys Coach Admits Team Had 'No Idea' How To Defend Rob Gronkowski - NESN.com Skip to content

The team apparently didn’t really need star tight end Rob Gronkowski in the game, either, given the 24-point win and a relatively quiet stat line for Gronk: four catches for 67 yards.

That he was held to such low numbers is nothing short of a miracle, though, considering that before Sunday’s game one Cowboys defensive coach told 98.5 The Sports Hub’s Scott Zolak — a former Patriots QB himself — that they had “no idea” how to stop Gronkowski.

Scott Zolak says on 98.5 he asked a Dallas defensive coach how they plan to stop Rob Gronkowski. His answer: "We have no clue."

Despite Sunday’s low numbers and an early bye in Week 4, Gronkowski still ranks first among NFL tight ends in receiving yards (375) and second in touchdowns (four) through Sunday night. 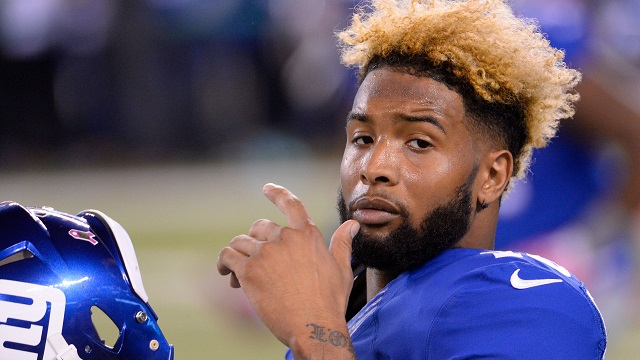