Brady completed 14 of 17 passes for 150 yards and two touchdowns in the fourth quarter of the New England Patriots? 30-23 win over the New York Jets at Gillette Stadium. The performance erased a 20-16 deficit — New England?s first fourth-quarter hole of the season — and kept the Patriots undefeated while impressing at least one former teammate.

?We tried to switch things up on Tom and show him different looks, but Tom is great,? Jets cornerback Darrelle Revis said of his team?s sudden inability to stop the Patriots? offense after three solid quarters. ?He suckered in the defense. That?s what he did down the stretch.?

Overall, Brady, who scored a 1-yard rushing touchdown in the second quarter, completed 34 of 54 passes for 355 yards. His first touchdown pass of the fourth quarter was an 8-yard strike over the middle to Danny Amendola to cap a 10-play, 80-yard drive. His second TD chuck found a wide-open Rob Gronkowski, who rumbled in from 15 yards out to put the finishing touches on a 10-play, 68-yard drive.

Perhaps the biggest play of the game came with the Patriots trailing 20-16. The Jets forced the Patriots into a third-and-17 from their own 27-yard line with 10:51 remaining, but Brady found Julian Edelman over the middle for a 27-yard completion and a first down. It paved the way for three consecutive completions to Gronkowski, who finished with a career-high 11 catches for 108 yards, and ultimately Amendola?s go-ahead touchdown.

?We knew what type of game it was going to be. It was going to be a physical game. We made adjustments at halftime and came out and tried to execute the corrections we made at halftime,? said Revis, who was facing the Patriots for the first time since winning a Super Bowl with New England in February. ?Like I said, we fought hard in the third quarter, but the big play was the third-and-17. That changed the momentum, and they made more plays than we did.?

Revis and the Patriots expressed a lot of mutual respect leading up to Sunday?s game, and there?s no doubt he?ll always be a part of New England?s history by virtue of his contributions last season. But the six-time Pro Bowl selection wasn?t about to put any extra emphasis on New York’s Week 7 loss, even though the Jets had Brady and Co. up against the ropes for the better part of three and a half quarters.

?It?s just a Week 7 game,? Revis said of his return to Foxboro.

Business as usual, it seems, especially for TB12 and the Patriots, who remain undefeated. 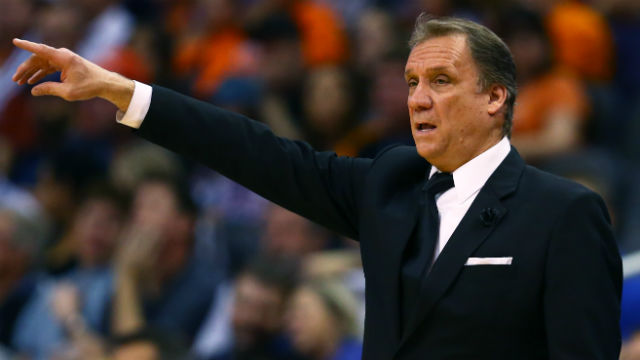 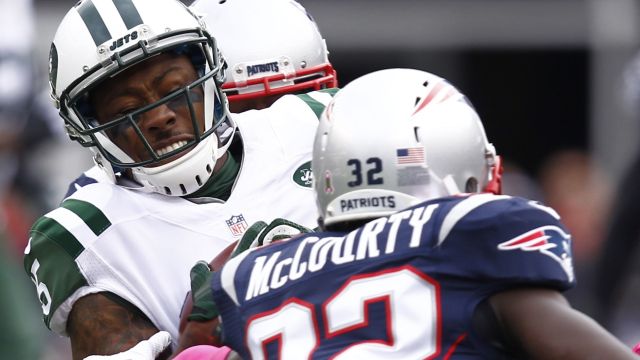 Brandon Marshall: I Should Be Walking Back To New York After Jets’ Loss