If the NFL has a problem with eye black messages, then they haven’t been clear about it until very recently.

Pittsburgh Steelers defensive end Cameron Heyward was fined $5,787 for wearing eye black strips in Week 5 with the words “Iron” and “Head” to honor his father, former fullback Craig “Ironhead” Heyward, who died of brain cancer in 2006. He did it again in Week 6 and likely will face an $11,576 fine.

But the NFL didn’t seem to care when Devon Still did it.

The former Cincinnati Bengals defensive tackle famously wore eye black with the words “Leah Strong” to support his daughter’s battle with pediatric cancer last season. However, he told ESPN.com’s Coley Harvey that he never heard from the NFL about it.

“When I did it, I had no idea you weren’t allowed to do it,” Still said. “It was just something I wanted to do for my daughter to take her out on the field with me. I didn’t really get any backlash from the league.”

Heyward appealed the original fine, and his case was being heard Tuesday. In the meantime, Still has Heyward’s back.

“I definitely support him,” Still said. “He’s using his platform and trying to support his dad with an important cause. I don’t see nothing wrong that.”

Heyward’s incident isn’t the first this season, as the NFL also denied teammate and running back DeAngelo Williams’ request to wear pink all season in honor of his mother, who died of breast cancer last year. And Still said the sudden backlash is a little surprising to him.

“Myself and a few other players had been having meetings with the league about what it can do to help players more in promoting their causes,” Still said. “It seemed like we were making strides with the league in support of players who had certain causes.” 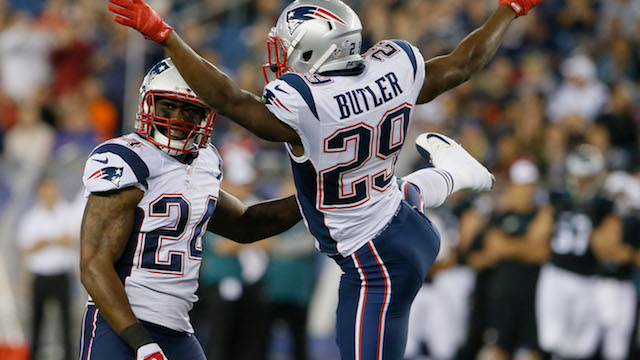