That’s about all we could muster after seeing Dion Lewis’ shifty touchdown catch in the third quarter of the New England Patriots’ game against the Dallas Cowboys on Sunday.

Dion Lewis had the Cowboys falling all over themselves trying to tackle him pic.twitter.com/TbE8Jd9uod

Lewis caught a pass from Tom Brady with one hand before hitting a hard juke to break one tackle, duck under another defender’s arms, avoid a third defender entirely and eventually bounce off a fourth would-be tackler for a score.

That was sexual in so many ways

Dion Lewis & @Isaiah_Thomas need to team up for something. I dunno what, but something. Buddy cop movie, maybe?

Why isn't Dion Lewis on the power play?

The score produced a few friendly reminders as well.

Dion Lewis was out of football last year. Nobody wanted him. Colts cut him and played Trent Richardson all year.

Lewis’ TD was his first receiving touchdown and his third TD overall this season. 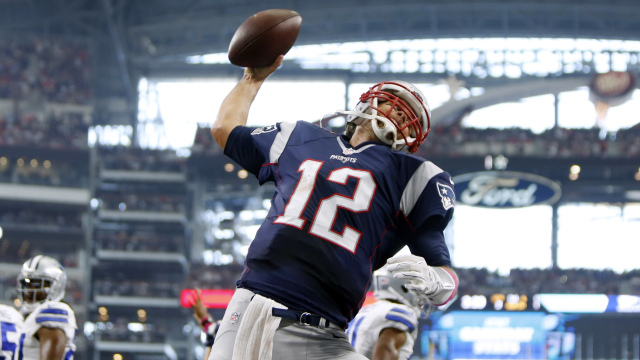