It appears the Dallas Cowboys have an interesting fascination with Tom Brady and Gisele Bundchen’s relationship.

Cowboys defensive end Greg Hardy is coming back from a four-game suspension this weekend against the New England Patriots, and he had some interesting things to say about their quarterback and his wife before the matchup.

When asked for his reaction to Hardy’s statement, Cowboys owner Jerry Jones had an interesting response of his own.

?When I saw him marry her (Gisele Bundchen), Tom went up in my eyes 100 percent,” Jones told SI.com’s Melissa Jacobs. “She?s very, very attractive, and it shows what an outstanding individual Tom is.?

Brady, meanwhile, stayed above the fray when asked if Hardy’s comments upset him. However, the Cowboys appear to be taking a different approach.

Party In The Back: When Mullets (And Jaromir Jagr) Ruled The NHL (Photos) 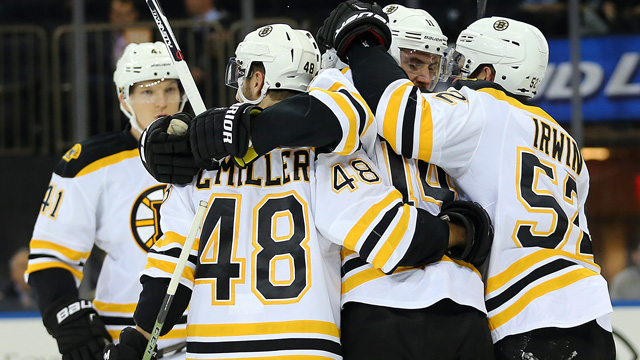 ‘Behind The B’ Recap: Bruins Whittle Roster Toward Final Group