Julian Edelman Jokes He's 'In A Fight' With Tom Brady After Interception - NESN.com Skip to content

FOXBORO, Mass. — Julian Edelman confirmed his bromance with Tom Brady is on the rocks after Sunday’s now-infamous interception.

Brady targeted Edelman near the right sideline early in the second quarter, and the pass careened off the New England Patriots receiver’s hands. Indianapolis Colts safety Mike Adams picked it off for Brady’s first interception of the season and returned it for a touchdown.

The Patriots quarterback joked Wednesday that he hasn’t spoken to his receiver since the pick-six. Edelman corroborated the teammates quarrel.

Patriots fans are hoping the two can rekindle the spark that’s produced 40 receptions for 449 yards and four touchdowns before Sunday’s matchup with the New York Jets. 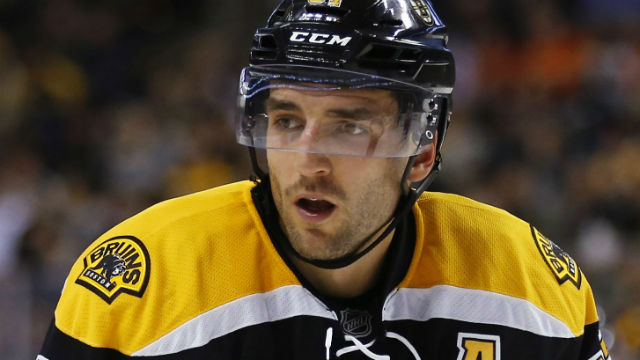 Report: Lamar Odom Promised ‘I Am Done With Drugs’ To Khloe Kardashian