The first week of the 2015 NHL season is over, and it was full of surprises.

One of the most interesting developments has been the ineptitude of the Metropolitan Division. Well, half of it, at least. The bottom four teams in the division all are 0-3-0, and while it’s obviously still early in the season, it’s important not to fall too far behind in the standings before U.S. Thanksgiving.

Without further ado, let’s look at my second power rankings of the season.

2. San Jose Sharks (3-0-0): Led by newly acquired goaltender Martin Jones, the Sharks are proving doubters wrong. Maybe it was too early to write them off as legitimate Stanley Cup contenders.

4. Nashville Predators (3-0-0): The Predators rode an excellent start to a playoff berth last season, and a similar situation could be unfolding again.

5. Winnipeg Jets (3-1-0): The Jets are really good, and rookie winger Nik Ehlers might be one of the next major stars.

7. Tampa Bay Lightning (3-1-0): The Lightning have scored the second-most goals in the league with 14, highlighted by a 6-3 win over the Bruins on Columbus Day.

8. New York Rangers (3-1-0): Two of the Rangers’ wins were against a struggling Blue Jackets team, but an opening night victory over the Chicago Blackhawks was impressive.

9. Vancouver Canucks (3-0-1): Ryan Miller has surprised many people with an excellent start to the season, which includes a win over the Ducks.

10. Washington Capitals (1-1-0): The Capitals’ only loss was Tuesday night against a red-hot Sharks team. Alex Ovechkin didn’t play because of personal reasons.

11. Chicago Blackhawks (2-1-0): Patrick Kane is on his way to another point-per-game season with six points (three goals, three assists) through three games.

12. Florida Panthers (2-1-0): Jaromir Jagr has three points (two goals, one assist) for a Panthers team that will knock on the playoff door all season.

13. Anaheim Ducks (0-1-1): The Ducks have only one goal in two games, but it’s way too early to be worried. This team is loaded with offensive skill.

14. Arizona Coyotes (2-0-0): The Coyotes actually have some really good young talent, including former first-round draft pick Max Domi and top-10 defenseman Oliver Ekman-Larsson. They probably will finish near the bottom of the standings, as most experts predicted, but this good start is an indication there’s a solid foundation in place for the rebuild.

15. Dallas Stars (2-1-0): A shutout win over the Penguins on opening night was quite impressive for a Stars team motivated to return to the playoffs.

16. St. Louis Blues (2-1-0): St. Louis’ penalty kill has given up a goal in each of its three games. It hasn’t yet hurt the Blues because two of their games were against the Oilers and Flames.

19. Philadelphia Flyers (1-1-1): The Flyers are an unpredictable team. For example, they lost 7-1 to the Florida Panthers on Saturday and then shut them out 1-0 on Monday.

20. Calgary Flames (1-2-0): The Flames need more offensive production (seven goals in three games) because the goaltending hasn’t improved at all from last season.

21. Colorado Avalanche (1-1-0): The Avalanche still are a bad puck possession team with a blue line that lacks elite skill and depth.

22. Buffalo Sabres (1-2-0): Jack Eichel has two goals in three games, but the goaltending is a concern with starter Robin Lehner out of the lineup with an injury.

23. Toronto Maple Leafs (0-2-1): The Leafs played pretty well on opening night, but Canadiens goalie Carey Price was too good in net as Montreal left Air Canada Centre with a 3-1 win.

24. Columbus Blue Jackets (0-3-0): The Blue Jackets aren’t as bad as an 0-3-0 record would indicate, but they also aren’t the playoff-caliber team experts were touting in the preseason.

26. Edmonton Oilers (0-3-0): Connor McDavid scoring his first career NHL goal on a deflection Tuesday night was the only positive from Edmonton’s opening week.

27. Boston Bruins (0-3-0): The Bruins’ power play has been fantastic, but the team’s overall defense and bottom-six scoring have disappointed. Still, there’s way too much talent on this team for the losing to last much longer.

28. New Jersey Devils (0-3-0): Poor Cory Schneider. He deserves so much better as one of the league’s top five goaltenders.

29. Carolina Hurricanes (0-3-0): I’d be shocked if the Hurricanes rise above 29th in these rankings all season. 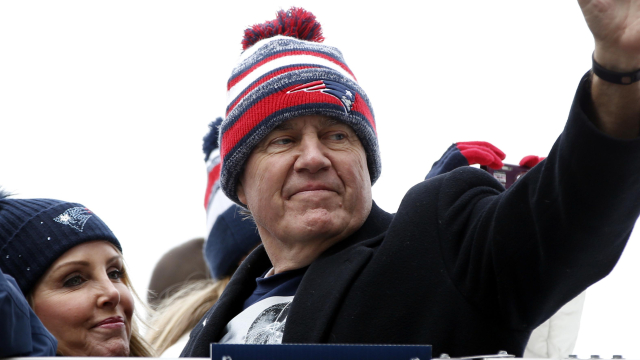