Fine, I’ll say it: Dont’a Hightower has been the New England Patriots’ best defender this season.

No one on the Patriots’ defense makes a bigger impact on a play-to-play basis than Hightower — even fellow linebacker Jamie Collins or safety Devin McCourty. Hightower might be the best run-stuffing and pass-rushing linebacker in the NFL, and there’s no doubt he’s the best in the league with that combination of skills.

Hightower put together another big game Thursday night in the Patriots’ 36-7 win over the Miami Dolphins. Check out this week’s advanced passing stats:

— Hightower had another absolutely monster game as a pass rusher, hitting the quarterback five times. He’s the Patriots’ most consistent pass rusher by far.

— Jones leads the NFL in sacks with 8.5. His first sack was caused by pressure from Grissom, but the second one was all Jones, as he beat a double team.

— Easley continues to cause disruption in the passing game, which is exactly why he was drafted in the first round last year.

— Some unlikely candidates like McCourty, Chung and Mayo brought some heat in the game. Mayo has been passed on the depth chart by Jonathan Freeny, but he received snaps in mop-up duty. — Collins helped limit running back Lamar Miller to just five catches for 19 yards on the night.

— Harmon still hasn’t been individually targeted this season back deep at free safety, but he has three interceptions and four pass breakups. It’s been a breakout season for the third-year safety.

— Ryan, Harmon’s college teammate, has been the Patriots’ most consistent cornerback this season. Butler was solid in matchups against Jarvis Landry and Rishard Matthews. — Fleming had a difficult matchup against Dolphins pass rusher Cameron Wake. Right tackle will improve when Marcus Cannon returns to the field.

— Wendell saw his first action at guard when Jackson went down with a knee injury and subsequently gave up two pressures. The Patriots only suffered one drop Thursday night after having seven Sunday. Brady was inaccurate on six passes, three incompletions were caused by the defense, and two came because of pressure allowed by the offensive line.

Brady was 3 of 6 on deep passes for 76 yards. Brady’s deep accuracy appears to have improved this season. 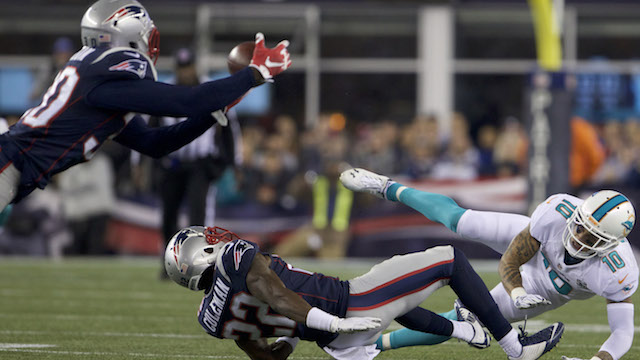 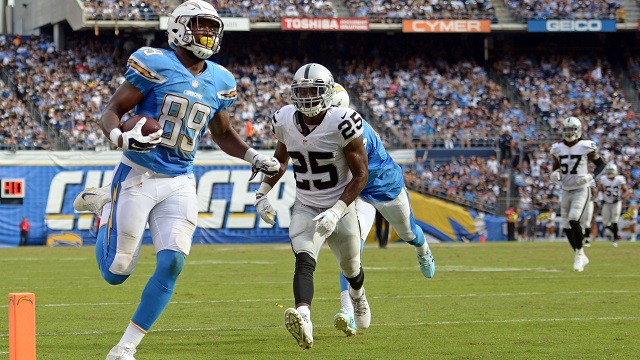