Pepijn Lijnders insists he and his fellow coaches already can see Jurgen Klopp?s methods taking hold at Liverpool despite the “disappointing” nature of the 1-1 draw with Southampton.

Klopp has now overseen three draws in as many games since taking the helm, but Lijnders is taking the positives from the frustration felt by the squad after the latest stalemate.

?(It?s) disappointing in the sense that Jurgen came in with a clear idea of how we wants to play, and you see in the sessions and the games that it starts evolving, that the team starts developing to a common idea,” Lijnders said. “Then you see that they are implementing the ideas, that they are trying to become more efficient and working together in a certain way.

While victory eluded the Reds at the weekend, the first-team development coach is adamant that progress under the new manager already is evident — to the trained eye at least. He spoke of three key elements that Klopp is trying to impress upon his players ?- attacking balance, counter-pressing and winning second balls — and how they were clearly put into action against Southampton.

?If you have a very good defensive organization, where everybody knows exactly how to move and how to cover each other, that gives confidence and flexibility when you have the ball,? Lijnders said of the team?s balance. ?One (aspect) that (Jurgen) tries to implement and that you see is the counter-pressing — so stopping the counter — it’s a very important part.

?The fact that we are organised (and have) what we call attacking balance (means) that we are ready whenever we lose the ball.

?We can win it back as quickly as possible, and we can apply aggressive pressure because we have enough bodies around it when we are playing.

?It’s difficult to see in the stadium, but our balance is getting better and better in terms of when we are attacking.

?So we are thinking defensively when we are attacking — and the other way around as well, of course — because of the counter-press.?

Read more from Lijnders on LiverpoolFC.com >> 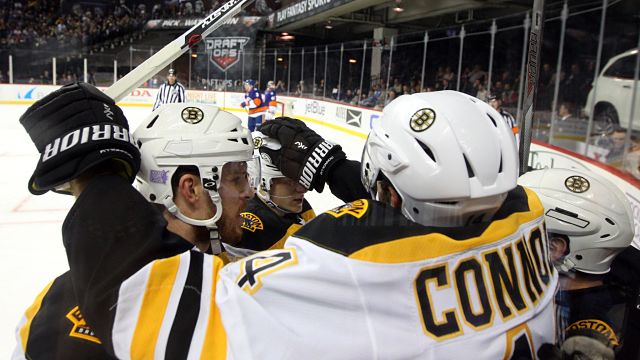 Who Is The All-Time Leader Among Massachusetts Natives In Goals Scored?