The eighth round of the 2015-16 Premier League season was crazy, and that’s no cheap pun.

While this round didn’t match the goal-fest of the previous weekend (41), Round 8 mixed quality, drama, excitement and the element of surprise into a stew on which Premier League fans will feast for the next two weeks.

And that was just the on-field action.

5 – Jose Mourinho has lost five of his last 10 Premier League games. Before that he'd lost only five of the previous 59. Fade.

The Premier League now is in full swing. The skeptics only need to look at Sergio Aguero as proof. Aguero scored five goals in Manchester City’s 6-1 demolition of Newcastle. Aguero only had scored once in his first seven league games this season, but he stormed back into the Golden Boot race with a Ronaldo/Messi/Lewandowski-esque explosion.

5 – Aguero is the 5th PL player to score five times in one game after Cole, Shearer, Defoe & Berbatov. No-one has ever scored 6. Challenge.

3 – Arsenal have scored three league goals in a game against Manchester United for the first time since November 2001. Ruthless.

3 – Manchester United have conceded three goals in the first 20 minutes of a PL game for the first time. Shellshocked.

8 – Arsenal have ended a run of eight Premier League games without a victory over the Red Devils (D3 L5). Relief.

Aguero’s goals helped Manchester City re-take the top spot in the standings. Arsenal overtook Manchester United (on goal difference) with its win in the marquee game of Round 8.

The next two weeks can’t go by fast enough.

Saturday, Oct. 3
Crystal Palace 2 – 0 West Brom
The Eagles’ convincing win over West Brom and their former manager, Tony Pulis, elevated them into fourth place. Manager Alan Pardew has his team dreaming of one of the European spots, and his eye now could be cast toward a job at a bigger club or even England’s national team in the future.

Manchester City 6 – 1 Newcastle
If only Newcastle had an Aguero of its own. The Magpies are floundering under first-year manager Steve McClaren.

6 – Sergio Aguero has scored as many Premier League goals as Newcastle this season. Match.

Sunderland 2 – 2 West Ham
West Ham continues to rack up points from its travels. The Hammers’ draw with Sunderland left them just four points behind the league leader. Sunderland is tied on points with rival Newcastle for last place in the 20-team division.

Chelsea (8 points) is off to their worst 8-match start to a Premier League season ever.

Mourinho conceivably could pay for the Blues’ historically bad start with his job. Such a stunning turn of events would be more surprising than Chelsea’s results and performances, but the Premier League never ceases to amaze.

Sunday, Oct. 4
Everton 1 – 1 Liverpool
Read about what transpired at Goodison Park in our wrap of the 225th Merseyside derby and what it meant for the Reds in our verdict. The Merseyside derby also was Rodgers’ last game in charge, as Liverpool terminated his contract shortly after the game.

5 – Alexis Sanchez has scored more goals in his last two Premier League games (5) than he had in his previous 21 (4). Rejuvenated.

6 – Since his Premier League debut in Sept 2013, Christian Eriksen has scored more direct free-kicks than any other player. Whipped.

Christian Eriksen has scored 5 free kick goals since the start of last season. No other player has more than 3.

The Tottenham midfielder scored two free kicks against the Swans to help his team overturn an early deficit and claim a point. Tottenham striker Harry Kane also scored … but his was an own goal.

AS IT STANDS… Here's how the #BPL looks, with @Arsenal splitting up the Manchester teams at the top pic.twitter.com/m1DoS4WEbn 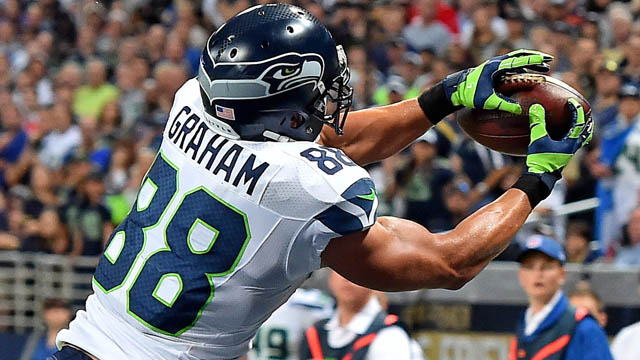