The Ravens’ “Thursday Night Football” matchup with the Pittsburgh Steelers was hard-fought and extremely physical, just as many anticipated.

In the third quarter, Smith was tackled out of bounds by Steelers linebacker Lawrence Timmons and injured his back, causing him to leave the game early. Smith later claimed he was speared by Steelers safety Mike Mitchell — a former teammate of his with the Carolina Panthers– but Mitchell had nothing to do with the play.

In his postgame remarks, Smith expressed his unhappiness with Mitchell, saying, “The best thing I could do without threatening him and saying, ‘I will assault him when I see him,’ is I will say, ‘I look forward to playing him again, and he’s on my lifetime hit list,’ ” Smith told reporters.

The next time the Ravens and Steelers meet is on Dec. 27. This will be the only chance Smith has to seek revenge on Mitchell — not that Mitchell deserves it — since this is Smith’s last season before retirement. 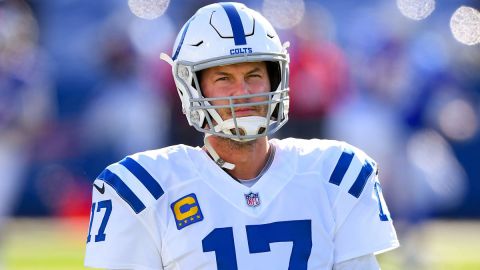