Hanley Ramirez?s first season back with the Boston Red Sox was an absolute disaster. The three-time All-Star?s early departure from the team confirmed that notion.

But does it mean Ramirez has played his final game in a Red Sox uniform?

Ramirez is under contract with Boston for three more seasons at about $22 million annually. And while the Red Sox could eat a large portion of that deal in the hopes of trading Ramirez, new president of baseball operations Dave Dombrowski also sees a scenario in which the polarizing slugger bounces back.

“He’s important for us, and he’s a guy that can be a really, really good hitter,” Dombrowski told MLB.com?s Ian Browne this weekend in Cleveland. “I don’t mean to take away from anyone else, but this guy is a premium hitter when he’s going well.”

Ramirez?s transition to the outfield didn?t go according to plan. He statistically was the worst outfielder in Major League Baseball this season, which was just plain ugly at times.

Now the Red Sox are hoping a transition to first base will go more swimmingly. Ramirez started working out at first down the stretch after Boston traded Mike Napoli to the Texas Rangers, and it?s possible he could end up playing there come Opening Day 2016 if the Red Sox hang onto the veteran, even though Travis Shaw has played very well in his first real major league opportunity.

“He’ll be in a position where he’s the athletic Hanley, more so,” Dombrowski told Browne, downplaying the idea that playing first base signifies a shift toward Ramirez being a pure slugger. “He’s a very big guy. We’re not concerned necessarily with how many home runs he hits because he’ll hit some naturally. It’s more about driving in runs and hitting doubles and hitting the gaps. That’s how he’s always been.”

There were times this season, particularly in April, when Ramirez hit the ball with incredible authority. But for as much pop as he showed over the first month, he still finished with lackluster numbers — 19 home runs, 53 RBIs, .249 average, .717 OPS in 105 games — that perhaps were the product of an ill-advised style change.

“I’ve told him from the beginning that I don’t think of Hanley Ramirez as a big power guy. I think of him as a guy who has power, who’s a real good hitter and hit the gaps and can be a league leader in doubles and RBIs,” Dombrowski told Browne. “I said very similar to Miguel Cabrera. In the one sense, Miguel’s got unbelievable power, but he’s just a great hitter. That’s what we’re looking more for Hanley to be.

“Don’t try to take on a different thought process, and don’t think just because you’re going to be at first base, you have to do more.”

Red Sox interim manager Torey Lovullo said Sunday the team asked Ramirez to come in 15 to 20 pounds lighter next season. The hope is it’ll help him stay healthy while improving his athleticism. 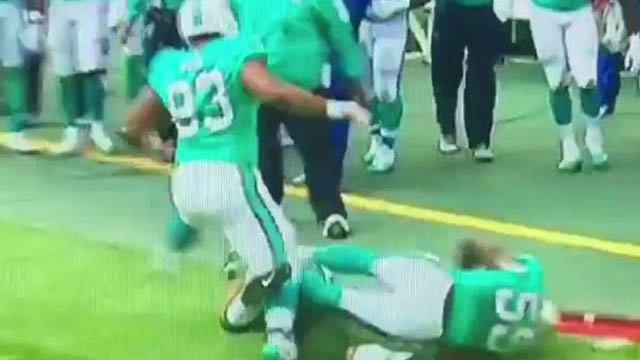