Rob Gronkowski was a non-factor during the first half of Sunday night’s New England Patriots-Indianapolis Colts game, being targeted just once and entering halftime with zero receptions to his credit.

That trend did not continue.

Patriots quarterback Tom Brady found the big tight end twice on the opening drive of the second half, with their second hookup resulting in a 25-yard touchdown.

Gronkowski was left wide open across the middle, and after effortlessly fending off Colts safety Dwight Lowery, he was gone.

With the score, Gronkowski became the fastest tight end in NFL history to reach 60 touchdowns. He needed just 70 games to do so. 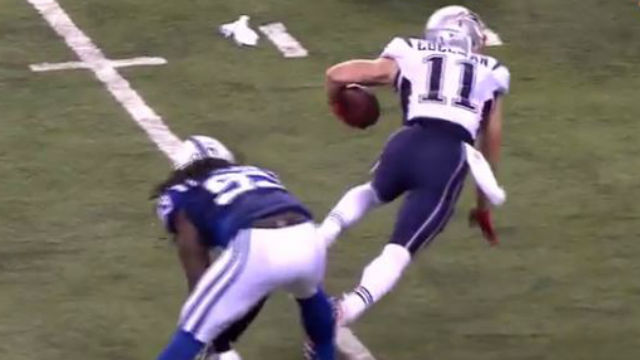