Lining up across from Rob Gronkowski just isn’t fair.

The 6-foot-6, 265-pound New England Patriots tight end is a mismatch for nearly every other player in the league, and he proved that once again Sunday.

Gronkowski caught a downfield pass outside the numbers, throwing Dallas Cowboys rookie defensive back Byron Jones to the side in the process.

The play was reminiscent of when Gronk tossed Indianapolis Colts defensive back Sergio Brown “out of the club” last season.

It was one of Gronkowski’s four catches for 67 yards in New England’s 30-6 win over Dallas. 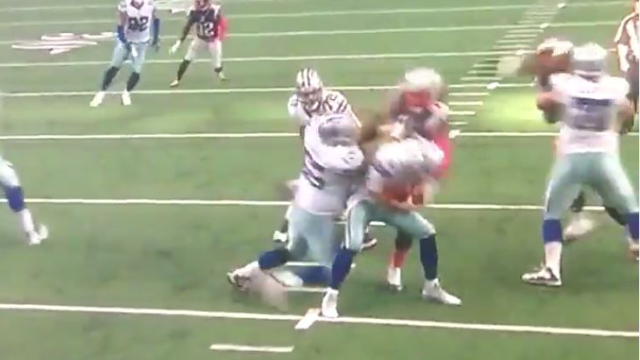