It wasn’t pretty, but pretty isn’t a requirement for winning football games.

The New England Patriots suffered multiple key injuries Monday night against the Buffalo Bills, but they did just enough to remain undefeated with a 20-13 victory over their AFC East foe.

And they showed their head coach something along the way.

“I don?t think there?s any way to understate the importance of mental toughness,” Patriots coach Bill Belichick said in a conference call with New England media Tuesday. “It?s a long season. Every game is competitive. Every team has got good players, good coaches, good schemes. There are always challenges to overcome every week.

“… So it?s not easy and mental toughness is a big part of that, being able to sustain it, deal with whatever the ups and downs are, whatever the distractions are, all the things that could get in the way of your performance, some of which are out of our control, controlling the ones we can control but not getting distracted by the ones that are out of our control and doing a good job with all those things, too. I don?t think that can be understated.”

That mental toughness was tested Monday, though, as the injuries on the offensive line appeared to catch up to New England. The Patriots also lost wide receivers Danny Amendola and Aaron Dobson to injuries, which impacted Brady’s options even when he did have enough time in the pocket.

“That being said, we had enough production to win and certainly it was a good complementary game from the plays we got from the kicking game, from the defense, and we had the one turnover offensively but that didn?t really hurt us as much as it could have because the field position they ended up with was not very good.”

New England has looked like a well oiled machine on offense and defense at times this year, but even it isn’t immune to devastating injuries. What matters is how you overcome that adversity, and the Patriots passed that test Monday night. 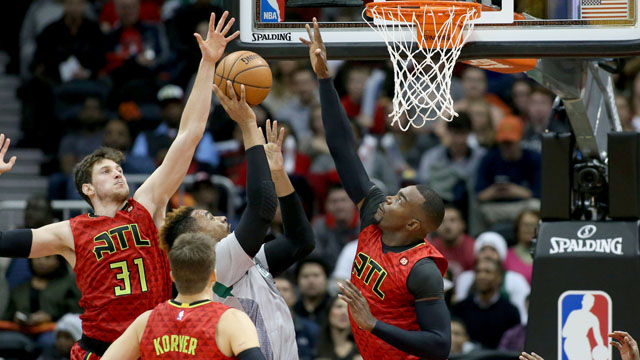