Bill Belichick: Matt Patricia 'Could Probably Build A Plane And Fly It' - NESN.com Skip to content

FOXBORO, Mass. — If the New England Patriots ever need a new charter plane, defensive coordinator Matt Patricia could probably build it, according to Bill Belichick.

“Matt?s really smart,” Belichick said. “He?s had a lot of different experiences. He?s coached in college, he?s coached on the offensive side of the ball, coached on the defensive side of the ball, has been in this situation, this program for a long time so he has a pretty good understanding historically of things like the (Mike) Vrabels and the (Tedy) Bruschis and the Troy Browns and all things like that that can have some relationship to sometimes current situations.

“He?s really smart. This guy could probably build a plane and fly it — like this guy is smart-smart. He?s got great recall and a really high IQ level in terms of just processing a lot of information. He?s the kind of guy that he?s got 10 projects going at once and then you?re like, ?Hey Matt can you do this and do that’ — ‘oh yeah, no problem.? He?s got 12 going at once. Some of us can only handle barely one thing at a time. He?s the type of guy that can keep a lot of balls in the air. But again, he?s a blue-collar guy, certainly wasn?t born with a silver spoon like most players, so they?re just working for everything, working his way up through, I think he has an appreciation for that and I think he relates well to other guys who are doing the same thing.

“Matt and I have worked together for a long time,” Belichick said. “So, he?s definitely a huge asset to me in a number of areas — again both historically, like, ?Hey this is what we did in this situation, think about that or should we do that again or the timing of it and so forth.? And again over a period of years, (offensive coordinator Josh McDaniels) is the same way, over a period of years, things that you did five, 10 years ago, I?m not saying they come up every day, but it might be, ?Hey remember when we did this against so-and-so back in ?07 or ?05 or whatever?? It?s kind of the same thing here.

“For somebody that just got here last year or somebody that?s been here for a year or two, there?s no way that that?s coming up — here?s what we did in this situation back when we had this player. So there is some value to that. I?m not saying it happens every day, but guys like that — Brian Daboll, Matt Patricia, Josh McDaniels, guys that have been here for a really long time — they have some of those perspectives that are really good, so it?s very helpful. … 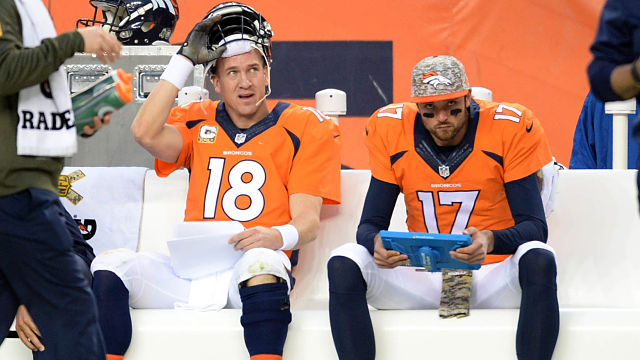