Brandon Browner Flips Out On Reporter After Saints' OT Loss To Titans - NESN.com Skip to content

Brandon Browner wasn’t very happy after the New Orleans Saints’ overtime loss to the Tennessee Titans, to say the least.

The Saints cornerback apparently lost his cool and screamed profanities at WWL-TV reporter Lyons Yellin after he asked another player a question in the locker room Sunday. Yellin asked safety Jairus Byrd about a second-quarter interception opportunity for him and cornerback Keenan Lewis that turned into an insane touchdown by Titans tight end Delanie Walker instead.

Browner just went nuts on a reporter in the locker room, screaming about how the game went to OT and they wanted to ask about one play

At least three teammates told him to stop and one pushed him into the shower area, told him to chill out before he calmed down.

Yellin took to TV to explain the story — he actually downplayed it — and Browner refuted some of his points on Twitter.

They got a job to make a story, the game went into OT. That's your story right there. One play don't make a game. Next question

@LyonsYellin there was no run in, I said what I said.

@LyonsYellin @WWLTV I agree with most excepts he fact I wasn't retrained. I never charged u or attempted to. But I accept I was wrong today.

It’s hard to disagree with Browner that he was in the wrong. It’s understandable that emotions run high after a loss, but Yellin’s question wasn’t even directed toward the former New England Patriot. Not to mention, Browner clearly didn’t take into account that Yellin’s question could have been a small part of a bigger story.

Based on Browner’s Twitter replies, it seems as though plenty of Saints fans didn’t support his actions, either, as they’re frustrated with a defense that has allowed at least 400 yards six times this season and the fact that the cornerback has been racking up penalties.

At the end of the day, though, all of the Saints — not just Browner — have to stay level-headed if they want to turn around their 4-5 season. 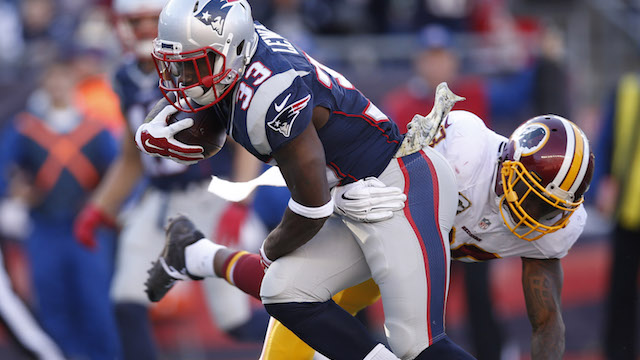