Boston owned a one-goal lead early in the second period against the Dallas Stars but proceeded to surrender four consecutive goals in an eventual 5-3 loss, leaving coach Claude Julien to wonder aloud exactly what in the world went wrong.

“The first period, I didn?t mind,” Julien said. “And second period and third period, I don?t know where our team went. We just kind of lost our focus, and we weren?t the same team again. … It?s a lesson learned for our guys and with a tough road trip coming up we just made it even harder.”

That tough trip consists of visits to the Washington Capitals, Montreal Canadiens and New York Islanders, who boast a combined record of 27-8-4.

As the B’s prepare to head to D.C., let’s run through some notes from Tuesday night.

— The big story of the night from the Bruins’ perspective was the loss of forward Chris Kelly, who fractured his left femur on his very first shift and is likely to miss the rest of the season.

Stars winger Jason Spezza, a former teammate of Kelly’s from their time with the Ottawa Senators, said the injury was tough to watch.

Spezza in Stars' room, on Kelly getting hurt: "Kells is a tough f***er. For him to be down like that? You never see him like that."

— Colin Miller got the Bruins on the board with the first goal of his NHL career — a rocket from the blue line that whizzed past Stars goalie Kari Lehtonen.

?It?s definitely a great play and a great shot,” center Patrice Bergeron said after the game. “There?s many more for him to come, I think.”

Loui Eriksson provided Boston’s other two goals — including one on the power play — in his fifth multi-point effort in 11 games.

— Recently recalled forward Alex Khokhlachev made his season debut for the B’s, starting in place of the injured David Pastrnak. He finished with one shot on goal, one hit and one blocked shot in 14:02 of ice time.

— After rocking a plain black helmet for Boston’s first 10 games, backup goalie Jonas Gustavsson finally has invested in a new mask. This one has a bit more character.

— Julien will serve as an assistant on Mike Babcock’s Team Canada coaching staff at the 2016 World Cup of Hockey in Toronto, TSN’s Darren Dreger reported Tuesday.

— Rask was involved in a quirky moment during the game, too, as the stick of teammate Matt Beleskey got caught in the goalie’s mask, plucking it straight off his head.

Beleskey rips Rask's mask off and decides to keep it on his stick pic.twitter.com/6JdcEEvYFo

— Tuesday marked the NHL debut for Stars forward Devin Shore, who finished up a three-year career at the University of Maine this past spring.

“It?s been an amazing road trip so far,” Shore told reporters. “(Monday) night, we were in Toronto, which is a half-hour from my house, and then (Tuesday), to be able to play in the Garden … I mean, for three years at Maine, the dream was to make it to the Garden for the Hockey East Championship, and unfortunately we weren?t able to do that. So, for just a year later, to be able to get to the Garden and say I did play in the Garden — unfortunately it wasn?t at Maine and here, but I?ll take this one. It was awesome, and it was a great building, great atmosphere.”

— The first of Tyler Seguin’s three goals Tuesday was the 300th point of his NHL career. The former Bruins forward is the first member of the 2010 NHL draft class to reach that mark, per NHL PR.

Between Seguin and Eriksson, players involved in the 2013 Bruins-Stars blockbuster trade accounted for five of the game’s eight goals.

— Stars defenseman Johnny Oduya, best known around these parts for being a member of the 2013 Chicago Blackhawks team that beat the B’s in the Stanley Cup Final, made the defensive play of the night, using a full-extension poke check to deny Ryan Spooner at the doorstep.

What a defensive save by Johnny Oduya. Damn. pic.twitter.com/pM2TRuTra3 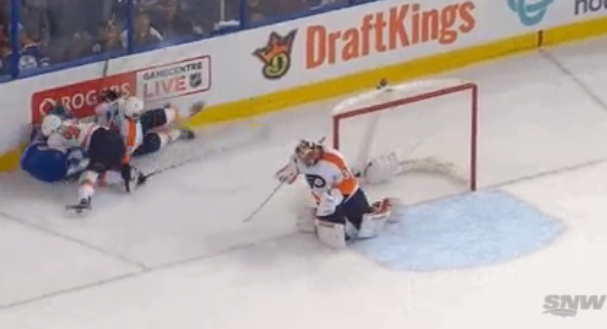 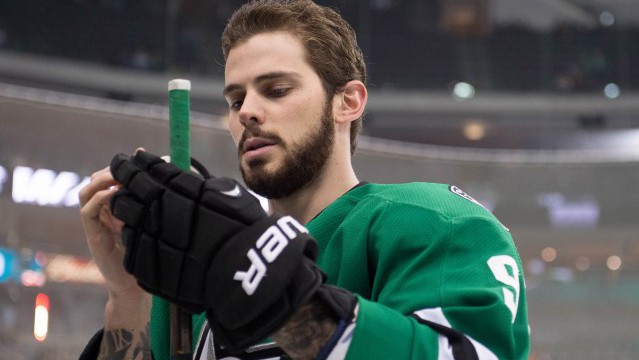