Boston Bruins draft pick Zach Senyshyn likely won’t sniff an NHL roster for at least another couple of years. The 18-year-old forward has been putting up some impressive numbers in juniors, though, and on Wednesday he scored one of the prettiest goals we’ve seen all season.

Senyshyn, whom the Bruins selected 15th overall in the 2015 NHL Draft, received a pass in his own zone and did the rest of the work himself. He took the puck the length of the ice, blew past one defenseman, dangled around another and beat the sprawled-out goaltender before capping the impressive tally with an A-plus celebration.

The goal was the 10th of the season for Senyshyn, who leads the Ontario Hockey League’s Sault Ste. Marie Greyhounds in both goals and points (13) through 16 games.

This week also brought some bad news on the Bruins prospect front, however.

Forward Jake DeBrusk, who was drafted one spot ahead of Senyshyn, suffered a lower body injury Tuesday while playing for the Swift Current Broncos of the Western Hockey League and is out indefinitely, according to the team.

Thanks to Weekend at Bergy’s for the video. 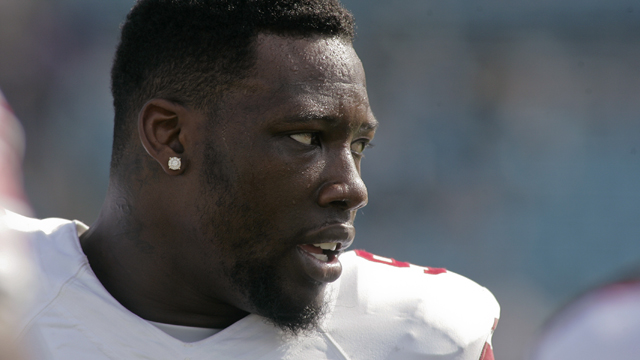