BOSTON — If hockey games were 15 minutes long, the Bruins might be the best team in the NHL.

Boston jumped out to yet another early lead Thursday against the Colorado Avalanche but, in what has become a troubling trend, could not make it stick. Colorado erased a two-goal first-period deficit and went on to win 3-2 in their lone visit to TD Garden this season.

The Bruins, who fell to 7-7-1 on the season, have scored first in five of their seven losses.

FIRST PERIOD
It would be difficult to get off to a much worse start than Colorado did Thursday. The Avalanche iced the puck and were called offside during the game’s very first shift, and it took the Bruins less than 90 seconds to jump ahead.

Matt Beleskey came within inches of jamming the puck past Avs goalie Reto Berra, and when he could not, Zdeno Chara finished the job with a rocket from the blue line.

It was Chara’s second goal of the season and his first since Oct. 30.

Things quickly went from bad to worse for the Avalanche, who found themselves in a 2-0 hole less than six minutes later.

An excellent sequence by Colin Miller — who took the puck away from Andreas Martinsen and then drew a penalty from Martinsen at the other end — put the Bruins on the power play, and Ryan Spooner easily beat a sprawled-out Berra for Boston’s second goal of the night.

The Bruins’ NHL-leading power-play unit has been freakishly good this season, tallying goals in each of the last eight games.

Colorado did little to test Tuukka Rask in the early going, but they made the goaltender’s life difficult as the period wound down.

Former Bruins center Carl Soderberg snuck in behind an out-of-position Kevan Miller to score the Avalanche’s first goal, and John Mitchell nearly tied it up after splitting Joe Morrow and Dennis Seidenberg on a rush. Mitchell’s shot rang off the crossbar, but one by Francois Beauchemin found the back of the net in the period’s final minute.

There was little Rask could do about Beauchemin’s goal, which fluttered over his shoulder after deflecting off center Joonas Kemppainen.

Beauchemin ties the game in the final minute of the 1st period pic.twitter.com/61ziViO56N

The Bruins managed just one shot on goal over the final 13:35 of the first.

Avalanche captain Gabriel Landeskog was given a match penalty and ejected after flooring Brad Marchand with a high, late hit. After peeling himself off the ice, Marchand delivered a swift punch to Landeskog’s jaw, earning himself two minutes in the box for roughing.

Colorado unleashed a wild flurry of shots during the ensuing 4-on-4, but several acrobatic Rask saves and a well-placed post or two prevented the Avs from jumping ahead.

Rookie Frank Vatrano, playing in his first home game for the Bruins, had two grade-A scoring chances early in the second but was denied by Berra on both.

THIRD PERIOD
Matt Duchene broke the deadlock 6:49 into the final frame after a sloppy turnover by Kevan Miller. Miller’s attempt to clear was intercepted by Mikhail Grigorenko, who fed a wide-open Duchene in front for the score.

The final 20 minutes featured little else of note, as the Bruins managed just seven shots on Berra, who entered as the NHL’s leader in goals against average and save percentage. He finished with 25 saves.

Dennis Seidenberg played a physical 15:34 for the Bruins in his first taste of action following preseason back surgery. The veteran defenseman dished out a game-high six hits and absorbed several, as well.

Rask finished with 27 saves in the loss.

UP NEXT
The Detroit Red Wings, winners of four of their last five, come to town Saturday for an Atlantic Division tilt. 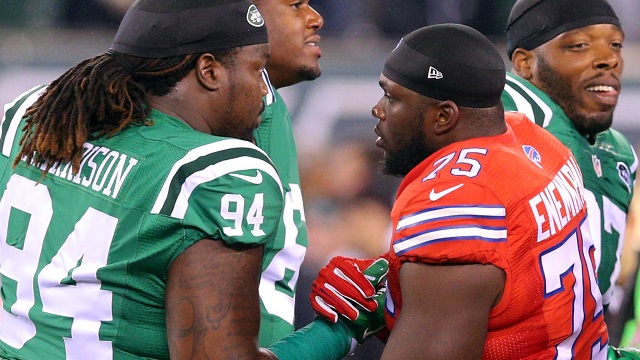