The good news Thursday for the Boston Bruins was they finally put a goal past Washington Capitals goalie Braden Holtby, who shut them out in all three meetings last season.

The bad news? That one goal was all the Bruins could muster. The Capitals potted four en route to handing Boston its second consecutive loss.

Holtby finished with 28 saves in the 4-1 win, improving his all-time record against the Bruins to 8-2-0. Tuukka Rask stopped 27 shots for Boston as his record fell to 3-5-1 on the season.

FIRST PERIOD
The Bruins applied plenty of pressure on Holtby in the early going, but it wasn’t until their power-play unit made its first appearance that the goaltender’s shutout streak finally fell.

With Michael Latta in the box for tripping, Brett Connolly fired a shot on net that kicked off the stick of Brooks Orpik and flipped up into the air. Jimmy Hayes was stationed directly to Holtby’s left during this sequence, and he smacked in the redirect for the game’s first goal.

Connolly and Colin Miller assisted on the goal — the first Holtby had allowed against the Bruins in 199 minutes of ice time. The helper also extended Miller’s point streak to five games.

Boston’s 1-0 advantage lasted until the 17:27 mark of the period, at which point Alex Ovechkin proved once again why he’s considered one the best hockey players on the planet.

The puck squirted out in front of Rask after an Andre Burakovsky slap shot, and Ovechkin fought his way through two Bruins defensemen to score from his knees.

The Ovechkin goal was Rask’s one blemish in the first as the Capitals outshot the Bruins 13-9.

SECOND PERIOD
Washington took its first lead early in the second, victimizing a Chris Kelly-less Bruins fourth line and taking advantage of some careless defense. Brook Laich was allowed to camp out in front of Rask and tip in a Dmitry Orlov shot to make it 2-1 in favor of the home team.

The Capitals then earned a 5-on-3 power play thanks to two undisciplined Bruins penalties: a Hayes slash on Orlov after the latter leveled Matt Beleskey at center ice, and a roughing call on Brad Marchand after the B’s winger delivered a swift punch to the back of T.J. Oshie’s head.

Marchand not helping the B's cause with this one. https://t.co/PvFMYOpeLC

The Bruins’ penalty kill entered the game ranked dead last in the NHL, and the Capitals wasted little time in exploiting it. John Carlson lit the lamp off a feed from Nicklas Backstrom just 29 seconds into the two-man advantage.

Boston had a power-play chance of its own when Oshie was sent off for interference, but it couldn’t capitalize. Kevan Miller beat Holtby shortly after the advantage expired, but his shot rang the post.

THIRD PERIOD
The Capitals limited their visitors to seven shots on goal in the final frame, thanks in large part to their refusal to surrender positioning in front of the net.

Coach Claude Julien called Rask to the bench with less than two minutes to play, and Karl Alzner sealed things with an empty-netter.

Patrice Bergeron led the Bruins with five shots on goal but did not factor into the scoring. The one goal represented a new season low for Boston’s top-ranked offense, which had tallied three or more in nine of its first 11 games.

UP NEXT
The Bruins head north of the border for a date with the Montreal Canadiens, who invaded TD Garden earlier this season and knocked off the B’s 4-2. 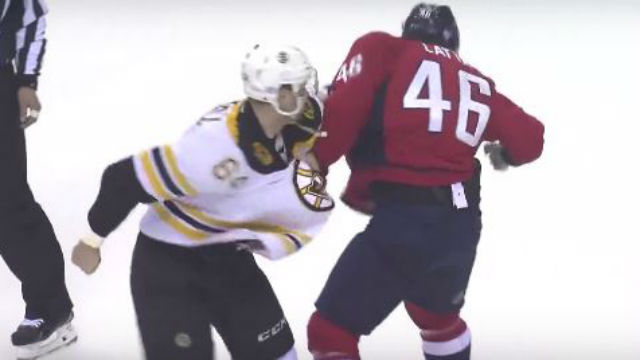 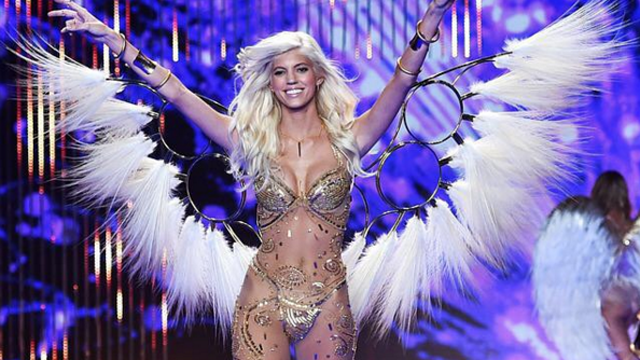