Stork, who sat out eight weeks because of head and neck injuries, played center, left guard, left tackle and right tackle during the New England Patriots’ 27-10 win over the Washington Redskins. The second-year pro had never lined up at guard or offensive tackle in an NFL game.

Stork was forced to stay in the game at right tackle after starting left tackle Sebastian Vollmer suffered a head injury. That pushed right tackle Cameron Fleming to the left side, since Marcus Cannon, the Patriots’ top reserve offensive tackle going into the season, was out with a toe injury. Nate Solder, who began the season as the Patriots’ left tackle, is out for the year with a biceps injury.

“Offensive linemen just need to see the big picture and do your job,” Stork said.

Stork wasn’t the only second-year Patriots offensive lineman trying out a new role Sunday. Fleming didn’t hesitate when asked the last time he played left tackle in a game.

“I practiced it,” Fleming said. “We worked on rotating just in case something happened. We were definitely prepared.”

One would assume playing left tackle for the first time while protecting quarterback Tom Brady’s blind side might be a little stressful. Fleming was California cool about the situation, though.

“It’s a little bit exciting,” Fleming said. “I’ve never been over there before. It’s cool. I liked it.”

Brady was impressed by Stork and Fleming’s versatility and readiness.

“Those guys, they play so hard,” Brady said. “I know we went into the game with six offensive linemen, so you just hope for the best, then obviously with (Vollmer) going down, it puts a lot of strain on those guys. A lot of guys kind of scrambled to figure out exactly what we were going to do.

“They played really hard. I’m proud of them. For Bryan to play right tackle, I mean he hadn’t played center this year. Then he goes in and plays right tackle, it’s like, unbelievable. Then Flem goes to left tackle, which, I don’t know when we thought about doing that, but that’s what happens when you’re a little bit under pressure.”

Fleming, Stork and the Patriots’ entire offensive line, which also featured rookies at left guard and center, held up well, only allowed one quarterback hit and didn’t allow Brady to be sacked.

“I didn’t even know that,” Stork said. “I was just out there trying to do my job.”

Stork also played some tight end in high school. Does he ever think about catching passes in the pros?

If Sunday is any indication, Stork would have no problem with the position change. 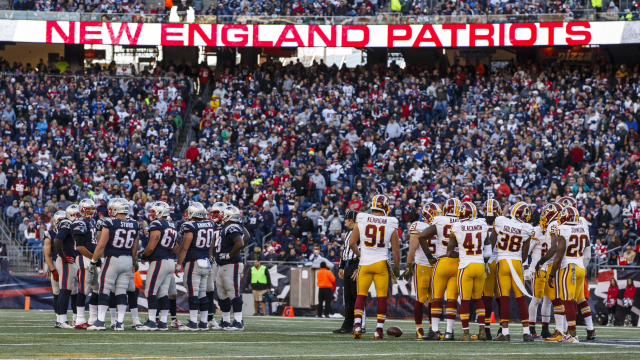 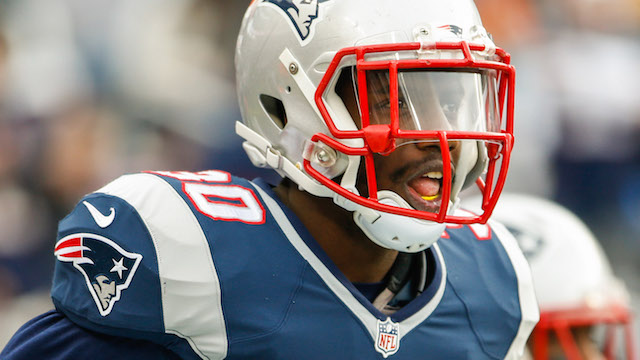