Building a winner is such a difficult task in the NBA.

Free agency, the draft lottery and the trade market all give general managers avenues to improve the fortunes of their teams, but one failed move or miscalculation can set back a lot of progress.

It’s even tougher for small markets, many of which struggle to attract marquee free agents (although last summer’s free-agent period might have been a sign that trend is no longer cause for concern).

So, which teams have the brightest future in the NBA? Here’s a ranking of the top five:

Vucevic provides much-needed scoring and rebounding, Oladipo is a very good perimeter defender and Harris and Fournier, who leads the team in scoring at 19.4 points per game, supply consistent frontcourt scoring.

The only problem with the Magic’s roster is there doesn’t seem to be a superstar-type player in this group. If you look at the rosters of championship teams, there’s almost always at least one dominant player. Recent examples include LeBron James, Tim Duncan, Kobe Bryant, Shaquille O’Neal, Dirk Nowitzki, Stephen Curry, etc. The only champion in the last 30 years without one was the 2003-04 Detroit Pistons.

Orlando is in a good spot, though, and should contend for an Eastern Conference playoff spot for the foreseeable future. But to contend for a championship, the Magic probably will have to cash in some of their assets for a superstar.

4) Philadelphia 76ers
Average age: 23.4; youngest in NBA
The 76ers have tanked the last few seasons, but contending still is years away. The early results with Jahlil Okafor are encouraging, as the No. 2 pick in the 2015 draft leads all rookies in scoring with 18.8 points per game.

Okafor could one day form a twin-tower duo with Joel Embiid, the No. 3 pick in the 2013 draft, but the 7-foot center hasn’t played yet because of injuries and his durability when he does make his debut is unknown given his lengthy injury history.

Five of Philadelphia’s last eight first-round picks don’t play for the team anymore. The 76ers do have plenty of draft assets to use or trade over the next five to seven years, including as many as 18 additional picks. Six of them are first rounders, but all have protections, per Real GM.

Philly has future salary cap room, some promising young players and a wealth of picks in the years ahead. The best way to acquire a superstar is through the draft, and the 76ers will have ample opportunity to hit a home run in Round 1 over the next few seasons, although their recent draft history won’t create much optimism for the fans.

3) Utah Jazz
Average age: 23.9; third-youngest in NBA
The Jazz have the most win-now roster of the five teams in this ranking. They currently are in sixth place in the Western Conference and expect to build on the success from last season’s 13-win improvement.

One of the core players is Rudy Gobert, one of the most dominant defensive centers in the league. Another is Derrick Favors, who was signed to a four-year extension and leads the team in scoring. Gordon Hayward had a max offer sheet matched by the Jazz before last season and he’s averaging more than 15 points per game this campaign.

Rodney Hood, Alec Burks and Trey Burke all are averaging double-digit points and form a talented backcourt in Utah. Dante Exum, the highly touted No. 5 pick in 2014, has yet to play this season after tearing his ACL last summer.

Utah also has a 2017 first rounder from the Golden State Warriors and a future first-rounder from the Oklahoma City Thunder with protections. When you combine the impressive talent already on the roster with Utah’s future draft picks, it’s easy to see why the future is bright in Salt Lake City.

2) Boston Celtics
Average age: 24.9; T-fourth youngest in NBA
The Celtics are in a great spot.

It’s a good foundation, one that has excelled defensively to begin the season. It needs one or two superstars, though, as there’s no one on this roster who can take over games offensively late in the fourth quarter or when an opponent is erasing a lead with a huge run. Thomas is the closest they have.

The next Boston superstar could come from its treasure chest of first-round picks over the next few years. The Celtics own the Brooklyn Nets’ 2016 first-round selection, which given how poorly the Nets have played this season might turn into the No. 1 pick. The Celtics also have the Nets’ 2018 first-round pick, and they can swap first rounders with Brooklyn in 2017 if they want. None of these picks are protected, and the Nets’ likely fall to the bottom of the league standings with no obvious way back to contention could help the C’s build a championship core.

We haven’t even mentioned the Celtics’ stable of other future first-round picks acquired via trades with the Dallas Mavericks, Minnesota Timberwolves and Memphis Grizzlies. Those selections are protected, and the details can be found here.

Boston is loaded for the future with tons of quality picks and a roster with young, improving talent. President of basketball operations Danny Ainge has many options to pursue in search of Banner 18.

1) Minnesota Timberwolves
Average age: 24.9; T-fourth youngest in NBA
The Timberwolves gave up a superstar in Kevin Love to acquire 2014 No. 1 pick Andrew Wiggins, and it could end up being a huge win for Minnesota. Wiggins’ sophomore campaign is off to a fantastic start — he’s averaging 21.5 points per game and using his athleticism to overwhelm defenses. He’s teamed up well with 2015 No. 1 pick Karl-Anthony Towns, who’s already a double-double machine.

Rookies with 5 double-doubles in their first 7 games: Mutumbo, Shaq, The Admiral… …and now Karl-Anthony Towns. pic.twitter.com/CFwpvNa1F9

In addition to the Wiggins-Towns duo, guards Ricky Rubio and Zach LaVine give Minnesota an exciting backcourt. Rubio is the perfect pass-first point guard to find scorers like Wiggins in the right spots.

Veterans such as Kevin Garnett, Tayshaun Prince and Andre Miller might not offer much on-court value, but their mentoring of the young players and leadership could prove quite valuable. KG is the perfect role model for an athletic big man like Towns.

The T-Wolves are on the rise, and even though they probably won’t be a playoff-caliber team this season, the chances of future success are high. 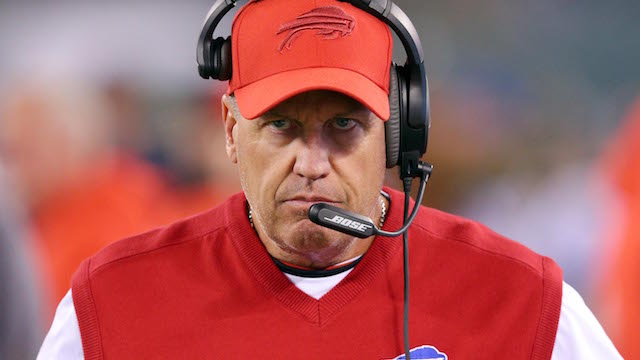