The Boston Bruins looked dead in the water earlier this week. They were floating, but they weren’t going anywhere.

Coach Claude Julien called the team “sloppy” and said he was “embarrassed” by their effort. Brad Marchand called out his teammates for being “passengers.” It didn’t look good.

Two days later, Boston came out on a mission to prove the doubters wrong. Led by a hat trick from Loui Eriksson, they started to do so.

Julien took note, and admitted as much in his interview with NESN’s Jack Edwards and Andy Brickley following the Bruins’ 4-2 win over the Minnesota Wild. In addition to praising the team’s improved effort, he added that he was impressed with the decision-making, composure and grittiness at several points when the game could have slipped away.

You can hear Julien’s comments in the video from “Bruins Overtime Live” above. 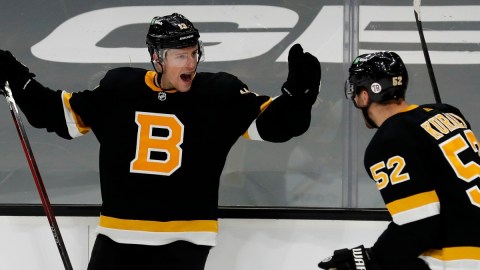