Gene Steratore and his officiating crew had a forgettable night Monday in Foxboro.

Steratore’s crew was tabbed to officiate “Monday Night Football” between the New England Patriots and Buffalo Bills, a game which featured an alarming amount of head-scratching calls and non-calls.

Most notably, however, was an inadvertent whistle that some think may have cost the Patriots a touchdown. Steratore spoke with a pool reporter — ESPN.com’s Mike Reiss — after the game and tried to explain what, exactly, happened.

“I think as Tom (Brady) released the football, the line judge lost track of maybe where the ball was at that point and almost by its own definition, inadvertently blew the whistle,” Steratore explained. “What we do from that point onward is find out where the football was at the time the whistle was blown. We deemed it to be, in our judgement, received by the receiver, as we stated, at the 45-yard line, I believe. And then by rule, what you do with that, or once you determine in your judgement where the ball was at the time of the whistle, if it?s in a possession of a player, which we deemed it to be, you take all fouls then, that would have been on that play and you enforce them from that spot of where the ball would be declared dead by the inadvertent whistle.”

“But in our judgement,” Steratore explained, “we thought the whistle came a little later after the ball was thrown, so we felt that the receiver had possession at the time of the whistle, so basically we went to that spot, which we determined was about the 45-yard line.”

NFL vice president of officiating Dean Blandino echoed Steratore’s sentiments, labeling the gaffe a “mistake,” while admitting “we shouldn’t have blown the whistle.” 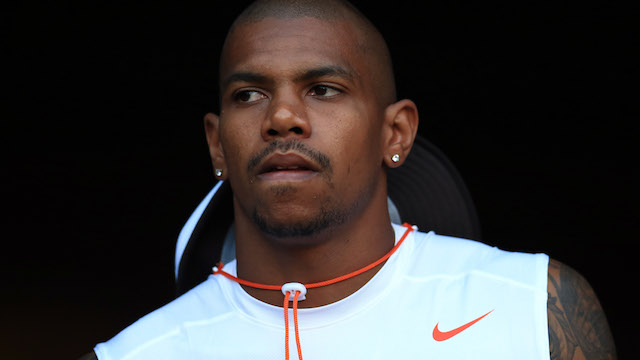