Last Tuesday, after watching his Boston Bruins put forth one their worst efforts of the season in a loss to the San Jose Sharks, Claude Julien called out his team.

The head coach pulled no punches in his postgame news conference, openly questioning his players’ commitment and vowing that internal steps would be taken to ensure that embarrassing defeats like the one he’d just witnessed would not become the new normal.

Only those inside the Bruins’ dressing room know exactly what those measures were, but it appears Julien’s message came through loud and clear.

Boston has played inspired hockey since that 5-4 loss to the Sharks and the public tongue-lashing that followed, reeling off a string of three highly satisfying — and very different — victories.

First, the Bruins got a hat trick from Loui Eriksson in a 4-2 takedown of the Minnesota Wild. Next, it was goalie Tuukka Rask who stepped up, shutting out the Toronto Maple Leafs in the first end on a home-and-home and then stopping a season-high 39 shots in Monday’s rematch. Boston won the second Leafs matchup 4-3 in a shootout, with Rask stonewalling all three shooters he faced and David Krejci providing the game-winner.

“I think there?s a cause behind what we?re trying to do here,” head coach Claude Julien said in an interview with NESN’s Jack Edwards and Andy Brickley after Monday’s win. “I think the determination and the will to want to win is much better than it has been, and that?s something we had to build on. It takes a little bit of time, but I see it coming. But like I said, even if it wasn?t a great game (Monday), I think at the end of the day it was perseverance and trying to find a way to win. At the end of the season, they won?t as us how we won that game, but how many we won. We all know that.”

The Bruins appeared well on their way to a third consecutive victory until Toronto scored twice in 62 seconds midway through the second period, erasing a 2-0 deficit and giving Boston fans a nasty feeling of deja vu. Here we go again: The inevitable mid-game collapse that had followed so many promising starts this season.

But this time, the B’s bucked that trend. After a five-minute span that included four goals — three for Toronto, one for Boston’s Brad Marchand — Rask sealed off the goalmouth, holding the Maple Leafs scoreless for the final 28:51. The Bruins’ much-maligned penalty-killing unit did its part by foiling six Leafs power plays, and Julien’s squad, despite playing nowhere near a perfect game, was able to grind out a hard-fought win.

?It was one of those games where our puck management was probably average at best,” Julien said. “A lot of average decisions out there. And (the Leafs) came to play. They played hard. As much as we gave them those three goals in the second period, I thought we had to grind it out. That was the message after the second: Some nights are tougher than others, and you?ve just got to stay the course and try to grind it out. And that?s what we did (Monday night).” 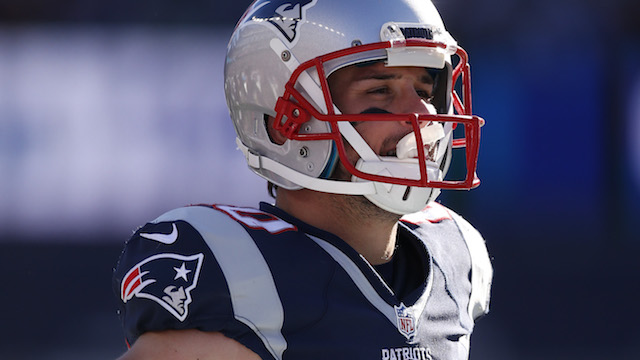