FOXBORO, Mass. — It’s James White’s time to shine in the New England Patriots’ offense with Dion Lewis out for the season with a torn ACL.

White, a fourth-round draft pick in 2014, competed for the Patriots’ third-down running back role during training camp. He impressed with 164 yards on 34 total touches in the preseason, but it wasn’t enough to beat out Lewis.

Now White will share running back responsibilities with LeGarrette Blount and Brandon Bolden, and he’s up for the challenge.

“It’s an unfortunate situation for (Lewis),” White said Monday. “He’s given our team a lot of great performances each and every week, so I pray for him, and us running backs will have to step up.”

The next-man-up philosophy certainly is nothing new for the Patriots, who have suffered injuries at defensive end, offensive line and linebacker this season. The Patriots’ offensive line depth was so shallow during their 27-10 win over the Washington Redskins on Sunday that Bryan Stork, a center, had to play right tackle. The unit didn’t give up a sack.

“I think everybody practices like they’re a starter, like they’re going to be playing 100 snaps every game,” White said. “When you get your opportunity, no matter how many snaps it is, we go out there and we try to do whatever we can to move the chains.”

Bolden and Blount immediately stepped up Sunday. Blount had 129 yards on 29 carries with one touchdown, while Bolden had three catches for 27 yards and a score with one carry for 12 yards.

“Somebody has to pick up the slack,” White said. “He’s been producing very well for us. Whether it’s me, whether it’s Brandon, whether it’s LG, we have to step up.”

White also knows he can’t try to be Lewis. White’s biggest strengths are his hands and his blocking prowess, so it seems he should get most of the reps Lewis is leaving behind in the passing game. Blount will receive more carries, while Bolden is likely to serve as the primary backup for both roles as he takes on his normal duties as a core four special-teamer.

“You just gotta be yourself,” White said. “You can’t be Superman and do exactly what he was doing. I’ll do whatever I can. My role might be different to what his role is. You never know what it is. Whatever I have to do, I’ll do it.”

The Patriots likely will add a fourth running back to their 53-man roster. They don’t have a running back on their practice squad, so they’ll have to look to free agency. 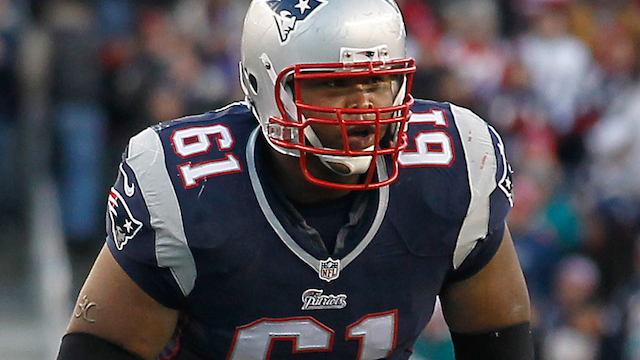