DENVER ? New England Patriots starting linebacker Jamie Collins and slot receiver Danny Amendola stayed back in Foxboro while the rest of their teammates traveled to Denver.

Collins, Amendola and tight end Michael Williams officially were ruled out Saturday night for the Patriots? Week 12 matchup with the Denver Broncos. Collins was listed as doubtful Friday, while Williams and Amendola were questionable to play Sunday. Wide receiver Julian Edelman and cornerback Justin Coleman were ruled out Friday. The Patriots will have to deactivate two more players Sunday at 7 p.m. ET.

Linebackers Jonathan Freeny, Jerod Mayo and Jonathan Bostic likely will continue to take on bigger roles with Collins out. This is the third game Collins will miss as he recovers from an illness. The Patriots also signed linebacker Darius Fleming off their practice squad Saturday.

Brandon LaFell and Chris Harper are the lone fully healthy receivers on the Patriots? roster. Keshawn Martin is questionable to play with a hamstring injury, but he made the trip to Denver.

Tight end Asante Cleveland was brought up off the practice squad Saturday to fill in for Williams, who mostly has contributed as a blocker this season. 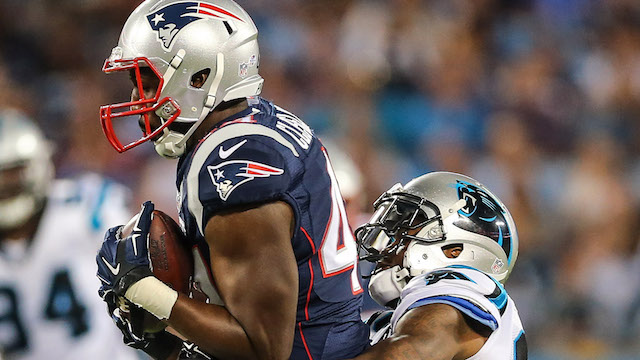 Report: Olivia Culpo Dumps Tim Tebow Because He Won’t Have Sex With Her (Photos)