The Golden State Warriors have to lose at some point, right? Right??

Stephen Curry and the defending NBA champions continued their torrid start to the 2015-16 campaign this week, surviving an overtime scare against the Brooklyn Nets to move to 11-0.

The San Antonio Spurs have done their best to keep pace, however, rattling off four consecutive wins to move to 7-2 on the young season.

Where does the rest of the league stack up through Week 3? Check it out below in our NBA Power Rankings, which are updated through Sunday, Nov. 15.

1. Golden State Warriors (11-0): The NBA record for most wins to start a season is 15, set most recently by the Houston Rockets in 1993. A road matchup against the Clippers on Thursday could put Golden State’s perfect start in jeopardy. Last week: 1

2. Cleveland Cavaliers (8-2): The Bucks snapped Cleveland’s eight-game winning streak in a thrilling double-overtime win, but the Cavs moved into first place in the East. Last week: 2

3. San Antonio Spurs (7-2): LaMarcus Aldridge is averaging a double-double and San Antonio is cruising through its early-season slate. Last week: 5

4. Oklahoma City Thunder (6-4): The Thunder had their three-game winning streak snapped by the Celtics on Sunday, but the team still should be careful not to rush Kevin Durant back from his hamstring injury. Last week: 6

5. Atlanta Hawks (8-4): It appears the Hawks’ busy schedule is starting to take its toll. Atlanta has lost three of its last four after notching seven wins in a row. Last week: 3

6. Los Angeles Clippers (6-4): The Mavericks knocked off the Clippers in what might have been the best night of Mark Cuban’s life, but L.A. bounced back Saturday with a win over Detroit. Last week: 4

7. Chicago Bulls (6-3): Derrick Rose could have blurry vision for up to three months, so that’s not ideal. Fortunately, his teammates appear to seeing clear. Last week: 10

8. Toronto Raptors (7-4): Toronto has kept pace with the rest of the East, bouncing back with two consecutive wins after a rough week. Last week: 9

9. Miami Heat (6-3): Miami parted ways with Mario Chalmers but has won four of its last five, including a 20-point win over the Raptors. Last week: 13

10. Dallas Mavericks (6-4): Don’t count out the ageless Dirk Nowitzki and the Mavs, who topped the Clippers and Rockets this week. Last week: 17

11. Indiana Pacers (6-4): Paul George has recovered from his knee injury just fine, thank you. He’s notched 26-plus points in six consecutive contests, five of which were Indiana wins. Last week: 20

12. Boston Celtics (5-4): The Celtics have beaten the Wizards, Bucks, Hawks and Thunder by at least 13 points each so far this season. Last week: 21

15. Utah Jazz (5-5): Utah’s defense continues to be excellent, but its offense has been underwhelming. The Jazz are averaging 95.3 points per game, 27th-best in the NBA. Last week: 13

18. Houston Rockets (4-6): The enigmatic Rockets handed the lowly Nets their first win of the season and followed that up with losses to Dallas and Denver. Last week: 7

23. Minnesota Timberwolves (4-6): The Timberwolves have hit triple digits in each of their last three contests but still have lost four straight. Last week: 18

26. Sacramento Kings (4-7): Sacramento has managed to win three in a row despite all the off-court drama surrounding the club. Last week: 26

27. Los Angeles Lakers (2-8): Kobe Bryant scored 17 points Sunday to help L.A. beat Detroit. At this point, Lakers fans have to take what they can get. Last week: 27

28. New Orleans Pelicans (1-9): Until the Pelicans can get healthy, things aren’t going to get too much better in New Orleans. Last week: 28

29. Brooklyn Nets (1-9): The Nets improbably beat the Rockets on the road for their first win of the season. Last week: 30 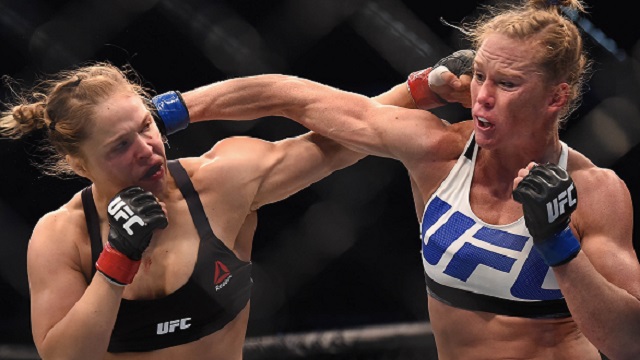 Holly Holm Knocked Out Ronda Rousey, But How? Let The Trainers Explain