NFL Week 12 Power Rankings: Struggling To Give Thanks For NFL Product - NESN.com Skip to content

If you’re a football fan, there’s no better regular-season week than Thanksgiving week.

Turkey Day now is upon us, which means the next few days will be loaded not only with calories but pigskin, too. Normally, that’s pretty awesome. It starts on Thursday morning with a local high school game, bleeds into the annual NFL games and is capped by a weekend full of can’t-miss college matchups and a regular Sunday NFL slate.

But here’s the thing: Why are we so excited to watch football? Or, more specifically, why are we so excited to watch the NFL? If we’re being completely honest, the product has become borderline unwatchable, with Monday night’s New England Patriots-Buffalo Bills game being an absolute tire fire. It really is mind-boggling that we’re so obsessed with the NFL — at least according to TV ratings, cash flow and Internet traffic — yet the product is so bad. Monday night’s game lasted nearly four hours, and we had no problem sitting and watching every second, knowing full well it would make Tuesday at work absolutely suck.

It wasn’t just Monday night, either. Sunday in Baltimore, we saw one of the ugliest performances of the season, as the Ravens took on the St. Louis Rams in a game that looked more about proving which offense was more incompetent. Then, in the game’s final moments, we saw Case Keenum’s head bounce off the turf — clearly concussing the Rams quarterback — and no one batted an eye.

The Keenum controversy — and the half-hearted “explanation” from the NFL that followed — didn’t have much of a shelf life. An inadvertent whistle Monday night with the entire country watching helped sweep that under the rug.

Whatever, though. Football’s grip on sports fans is as tight as it’s ever been, and we’ll continue to watch every week because we’re addicted to football. And we’ll certainly watch this week because it sure beats interacting with family.

Here are the Week 12 power rankings.

1. New England Patriots (Last week: 1): They look more and more beatable every week, primarily thanks to injuries, but they continue to find ways to win. Gutsy doesn’t even begin to describe it.

3. Arizona Cardinals (Last week: 4): Speaking of MVP candidates, Carson Palmer’s certainly making a case. It’s incredible to think, given his age (35) and injury history, that he’s having the best season of his 12-year NFL career.

4. Cincinnati Bengals (Last week: 3): The Bengals have lost two in a row, but the silver lining from Sunday night’s loss to the Cardinals was that Andy Dalton played very well after a rough showing last week versus Houston.

5. Green Bay Packers (Last week: 8): Green Bay flipped the script on the Vikings, as the Packers’ defense was absolutely fantastic, while Eddie Lacy rebounded in a big way and outshone Adrian Peterson.

6. Denver Broncos (Last week: 6): Brock Osweiler played better Sunday than Peyton Manning has at any point this season. Osweiler earned the chance for another start, and he’ll have his work cut out for him against New England on Sunday night.

7. Minnesota Vikings (Last week: 5): The Vikings were penalized eight times for 110 yards Sunday against the Packers. Some of those — especially offensive fouls on first and second  — really derailed the Vikings’ presumed offensive plans and helped Green Bay slow AP.

8. Pittsburgh Steelers (Last week: 7): The good news for the Steelers is they’re coming out of the bye. The bad news is their Week 12 matchup with Seattle starts a brutal stretch of them facing the Seahawks, Colts, Bengals and Broncos.

9. Seattle Seahawks (Last week: 12): This is going to sound weird, but maybe the Seahawks are better off without Marshawn Lynch? Thomas Rawls went off Sunday and now is averaging 6.0 yards per carry this season with three 100-yard games.

10. New York Giants (Last week: 11): The Giants were off, but their standing in the division improved by virtue of losses from both Washington and Philadelphia. What a suckbag division the NFC East is.

11. Indianapolis Colts (Last week: 15): Here’s how it’s going to play out: The Colts will win the AFC South, win a first-round playoff game and then have their teeth kicked in by either Cincinnati or New England.

12. Buffalo Bills (Last week: 10): I badly want to believe in the Bills. The defense is legit, they have some good skill players on offense, but goodness gracious, do they shoot themselves in the foot far too often. Rex gonna Rex, I suppose.

13. Atlanta Falcons (Last week: 9): When your quarterback makes this kind of decision and throw, it’s hard to win football games.

14. Kansas City Chiefs (Last week: 21): The Chiefs’ resurrection is something to behold. After losing five straight, they’ve bounced back with a four-game winning streak, winning those games by an average of nearly 23 points.

15. New York Jets (Last week: 13): The Jets have at least one turnover in nine of 10 games this season, and they have six in the last two weeks. That’s not great.

17. Houston Texans (Last week: 22): How does this team have five wins? Seriously.

18. St. Louis Rams (Last week: 14): The Rams’ offense has all but dried up as teams start to make them do anything other than give the ball to Todd Gurley and let him run for 200 yards. Their quarterback situation is a joke.

19. Oakland Raiders (Last week: 17): Derek Carr looked more like David Carr on Sunday in Detroit, and all of a sudden, the Raiders have lost three in a row.

22. Chicago Bears (Last week: 19): The Bears’ mini-run is over, and now they’re on a short week and going to Lambeau Field, where Jay Cutler has thrown roughly 10,000 career interceptions.

23. Dallas Cowboys (Last week: 25): The return of Tony Romo gave the Cowboys a jolt, but they were far from dominant last week. They’re still alive, sure, but you have to wonder how much gas they’ll have in the tank as the season nears its end when every game essentially is a must-win.

24. Miami Dolphins (Last week: 23): I was reading a Dolphins blog to see what they were saying about the loss to Dallas, and one commenter said “At least we have a better record than Cleveland. lol” Pretty much sums it up.

25. New Orleans Saints (Last week: 24): Wow. Firing Rob Ryan made a huge difference. Not only did New Orleans pitch a shutout, the Saints didn’t even allow a single yard. Wait, what’s that? They were on a bye this week? Oh, OK.

26. Jacksonville Jaguars (Last week: 26): If the Jaguars ever build a decent offensive line, they might turn into a good football team. They have weapons, and Blake Bortles is better than a lot of folks realize — probably because he has been sacked 87 times in the last two seasons.

28. Detroit Lions (Last week: 29): Where did this defense come from? After not being able to stop anyone all season, the Lions have limited the Packers and Raiders to just 29 points over the last two weeks.

29. Tennessee Titans (Last week: 32): At the very least, the Titans fought hard Thursday night in Jacksonville. On a short week, on the road and with injuries to key players, Tennessee actually did hold a fourth-quarter lead.

31. Cleveland Browns (Last week: 31): You think Browns fans just sit there sometimes and just think about how awful their football team is? I know I would. And then I’d drink. 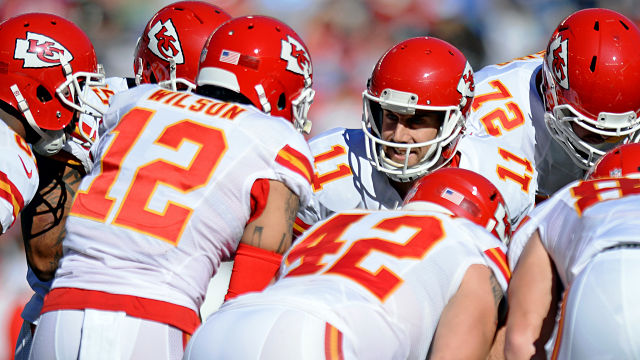 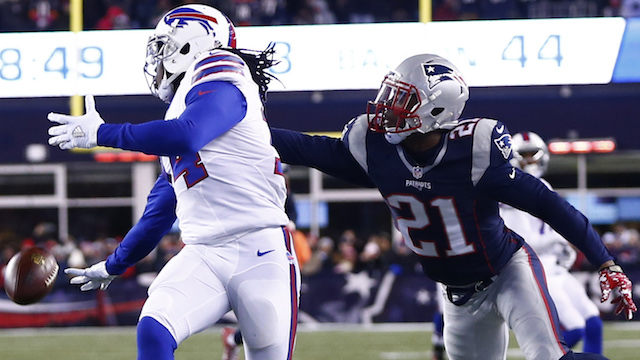 Patriots Advanced Stats: Malcolm Butler Locks Down Another No. 1 Wideout