Final, 30-24: The Broncos won it on C.J. Anderson’s 48-yard touchdown run and ended New England’s hopes of an undefeated season. Anderson’s TD came on a third-and-1 play and after the Patriots went three-and-out to start overtime.

Now New England will have to wait on Rob Gronkowski’s MRI to see just how badly they lost Sunday night in Denver.

Overtime, 24-24: The Patriots coasted down the field despite some sketchy behavior with the clock. Stephen Gostkowski knocked through a 47-yard field goal to tie the game and force overtime.

Fourth quarter, 1:09, Broncos 24-21: It gets worse for the Patriots. Logan Ryan, who stood out all game in coverage, allowed a 4-yard touchdown pass to Andre Caldwell.

The Patriots have 1:09 to drive down the field without their star tight end.

Fourth quarter, 2:31, Patriots 21-17: The Patriots might have lost their star tight end. Rob Gronkowski caught a pass and got drilled low in the right knee. He was carted off the field after writhing in pain on the turf.

Gronkowski was almost immediately ruled out with a knee injury.

The Patriots were forced to punt.

Fourth quarter, 4:04, Patriots 21-17: The Patriots’ defense forced a huge three-and-out but just 30 seconds came off the clock. The Patriots have the ball at their own 25.

Fourth quarter, 4:36, Patriots 21-17: The Patriots had a first down … then it got called back on a brutal offensive pass interference call on Rob Gronkowski. It didn’t appear Gronkowski pushed off at all.

The Patriots were forced to punt, giving the Broncos the ball on their 37-yard line.

Fourth quarter, 6:08, Patriots 21-17: The Patriots let the Broncos drive down the field but held on the goal line, forcing a 21-yard Brandon McManus field goal.

The Broncos went down the field 52 yards on nine plays.

Fourth quarter, 10:58, Patriots 21-14: The Patriots went three-and-out after a huge 51-yard completion to Keshawn Martin was called back on a holding penalty by rookie guard Tre’ Jackson.

The Broncos muffed their punt return in the snow, but they recovered the ball.

Chris Harper’s fumble was costly, and the Broncos marched down 36 yards for the score. Running back C.J. Anderson ran 15 yards for the touchdown.

Fourth quarter, 14:16, Patriots 21-7: The Patriots forced a three-and-out, but rookie receiver Chris Harper muffed the punt, and the Broncos recovered. Broncos ball at the 36-yard line.

Brady was going deep all game, and it finally paid off as Bolden beat Broncos linebacker Danny Trevathan for the score. Safety Omar Bolden missed a tackle as Brandon Bolden kept scampering toward the end zone.

Third quarter, 0:10, Patriots 14-7: The Patriots forced another three-and-out on defense. Safety Patrick Chung doesn’t seem very bothered by the foot injury, as he deflected a pass on third down.

Third quarter, 1:33, Patriots 14-7: The Patriots picked up one first down, then couldn’t get going on their next set. Tom Brady is just 15-of-24 passing for 136 yards with two touchdowns so far.

Third quarter, 3:40, Patriots 14-7: Pinned at their own goal line, the Broncos went three-and-out. Logan Ryan had a pass breakup on third down as Brock Osweiler targeted Demaryius Thomas.

Third quarter, 5:10, Patriots 14-7: The Patriots ran the ball three times with Brandon Bolden and went three-and-out. The Broncos have the ball on their 3-yard line after it was downed by rookie Brandon King, who nearly dragged the ball into the end zone as he slipped in the snow.

Third quarter, 6:57, Patriots 14-7: The Broncos attempted a 47-yard field goal after driving down the field, but kicker Brandon McManus missed the kick.

Logan Ryan made a nice pass breakup on the drive, Malcom Brown recorded his third sack of the season and Jabaal Sheard brought some pressure.

The Patriots have the ball on their 38-yard line.

Third quarter, 11:52, Patriots 14-7: The Patriots caught a break when Broncos pass rusher Von Miller gave them 15 yards after diving at Tom Brady while the quarterback already was on the ground on a sack. They couldn’t capitalize, though, and Ryan Allen punted out of bounds. The Broncos have the ball on their 11-yard line.

Third quarter, 15:00, Patriots 14-7: Dont’a Hightower returned from the locker room for the second half. Good sign for New England.

Halftime, Patriots 14-7: Dont’a Hightower is questionable to return with a knee injury.

The Patriots went three-and-out. The Broncos called a timeout with 5 seconds left so the Patriots couldn’t run out the clock. Tom Brady just threw a deep pass down the right sideline.

Second quarter, 2:07, Patriots 14-7: The Patriots just let up a 19-yard touchdown to running back Ronnie Hillman. Linebacker Dont’a Hightower also suffered an injury to his left leg on the drive, which is a much bigger deal than the score.

Hightower left for the locker room to be further evaluated, and he wasn’t on the field for the final two plays of the Broncos’ drive. Hightower has been the Patriots’ best defensive player this season.

Second quarter, 7:48, Patriots 14-0: There’s a a three-and-out for the Patriots. They were able to get just 8 yards and punted away the ball. The Broncos have it on their 23-yard line after Patriots long snapper Joe Cardona recorded his first NFL tackle.

Second quarter, 9:21, Patriots 14-0: Another Broncos drive, another three-and-out. Malcolm Butler made a nice pass breakup on a deep pass to Emmanuel Sanders on second down.

Second qquarter, 10:40, Patriots 14-0: And of course the Patriots capitalized on the turnover. Tom Brady hit Scott Chandler for a 9-yard touchdown pass in the back of the end zone.

Brady is 11-of-14 passing for 98 yards with two touchdowns. Brock Osweiler is 6 of 9 for 49 yards with one interception.

Second quarter, 12:12, Patriots 7-0: The Patriots came up with a huge turnover and have the ball on the Broncos’ 15-yard line. Patriots defensive end Jabaal Sheard hit Brock Osweiler’s arm on the throw, and the ball deflected into Chandler Jones’ arms for an interception.

Second quarter, 13:25, Patriots 7-0: The Patriots were able to get two first downs, but they couldn’t get close enough to the goal line to attempt a field goal. The Broncos have the ball at their 10-yard line after Aqib Talib was flagged for a personal foul on the punt. Talib pushed Matthew Slater out of bounds and kept blocking him.

First quarter, 1:51, Patriots 7-0: The Broncos drove down the field and actually got into field -goal range, then Jonathan Freeny sacked Brock Osweiler and knocked them right out of it. Britton Colquitt’s punt bounced into the end zone, and the Patriots have the ball on their 20-yard line.

First quarter, 8:14, Patriots 7-0: Patriots tight end Scott Chandler might not see another target for the rest of the game, and quite frankly, you couldn’t blame Tom Brady.

Chandler dropped his first target and nearly dropped it in the hands of three Broncos defenders. Brady threw to Chandler again on second down, and the ball was deflected. Brady passed to Brandon Bolden on third down for a 2-yard gain, and Ryan Allen came in to punt. Broncos ball at their 12-yard line.

First quarter, 9:04, Patriots 7-0: It’s safe to say Rob Ninkovich is having himself a game so far. He started the game with a tackle for a 2-yard loss and then finished off the Broncos’ second drive with a sack for no gain.

First quarter, 11:24, Patriots 7-0: The Patriots moved down the field easily, needing just four plays to go 47 yards for the touchdown. Brady was 4 for 4 for 47 yards, and Rob Gronkowski finished the drive off with a 23-yard touchdown catch.

First quarter, 13:27: The Patriots’ first defensive series couldn’t have gone much better. They forced a three-and-out and only let the Broncos move the ball 4 yards.

First quarter, 15:00: The Patriots won the coin toss and chose to defer. The Broncos will receive the kickoff to start the game.

Cannon played Week 11 at left tackle and struggled. David Andrews has started the first 10 games of the season at center.

7:37 p.m.: With Julian Edelman and Danny Amendola out, Chris Harper and Keshawn Martin are catching punts in warmups. Patrick Chung is back catching kickoffs.

That means safety Patrick Chung and wide receiver Keshawn Martin are officially active. This is Richards’ first deactivation of the season.

6:19 p.m.: Patrick Chung just went through a pregame workout in front of trainers at Sports Authority Field at Mile High. It was a brief workout in which the Patriots safety cut, sprinted and backpedaled. He looked pretty spry to my amateur eyes.

The Patriots could have handily beat the Broncos if not for a wave of injuries that has depleted their receiver, linebacker, offensive line and defensive back corps.

With Danny Amendola and Julian Edelman out, Brandon LaFell, Chris Harper and Keshawn Martin must step up at receiver. With Jamie Collins out with an illness, Jonathan Freeny, Jerod Mayo and Jon Bostic will have to emerge at linebacker.

Nate Solder was placed on injured reserve early in the season, which has forced Marcus Cannon to take over a starting role on the offensive line. Cornerback Justin Coleman was ruled out Friday with a hand injury, and safety Patrick Chung was a late addition to the injury report Sunday with a foot ailment. We’ll see if Chung can go at 7 p.m. ET, when the inactives are released. If he can’t, Duron Harmon, Jordan Richards and Tavon Wilson will have to take on multiple roles at cornerback and safety.

Stay here for updates and analysis throughout the game. 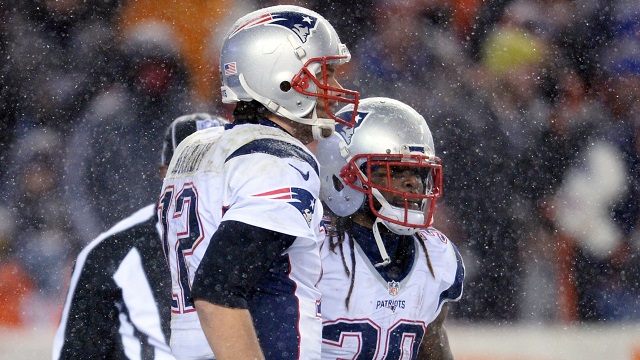 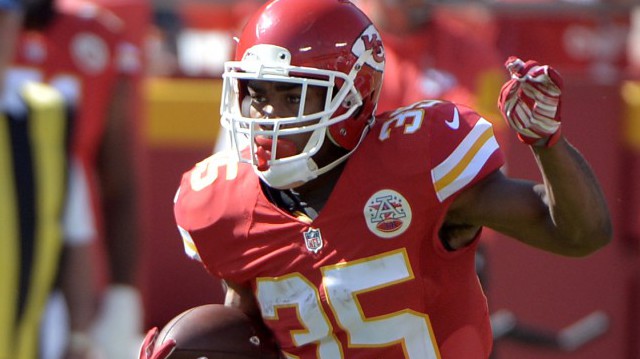