The New England Patriots’ offense looked unbreakable in their Week 2 win over the Buffalo Bills, putting up 507 total yards of offense. That same unit showed signs of mortality Monday night against those same Bills in a 20-13 victory that showcased the Patriots’ defense.

The Bills might have shown other NFL teams how to slow down quarterback Tom Brady and his offense, but there’s reason to fear the Patriots’ defense now. The Patriots are allowing a league-low 18.2 points per game, and though they’re giving up plenty of yards — 15th in the NFL with 341.3 per game — they’re stepping up when it matters.

Check out this week’s film review to see how the Patriots’ offense can be exploited and why the defense was so stout.

PASSING OFFENSE
— Tom Brady statistically had his worst game of the season, completing just 20 of 39 passes for 277 yards with one touchdown and one interception. The Patriots quarterback isn’t in the business of making excuses, so I’ll make them for him: The offensive line was playing disjointed, his receivers weren’t getting open and Rex Ryan was throwing everything, including the kitchen sink and garbage disposal, at Brady’s offense.

— Brady had success when the Bills sent more pass rushers. He was 5-of-6 passing for 97 yards with just one throwaway when the Bills rushed more than four players. He was just 3 of 10 for 18 yards with four throwaways when Buffalo dropped eight players into coverage. New England is without pass-catchers like Julian Edelman and Dion Lewis, who can get open in tight coverage, so this could be the blueprint for stopping the Patriots — not through their leaky offensive line but by exploiting their depleted offensive weapons.

— Brady was just 2 of 6 on deep passes, but his prettiest throw came on a 27-yard over-the-shoulder hookup with tight end Rob Gronkowski.

— Danny Amendola deserves ALL THE GAME BALLS for his performance through the first three quarters before injuring his knee. Amendola isn’t supposed to be as elusive as Edelman, but you wouldn’t know it while watching this catch-and-run in the second quarter, when he turned what should have been a 4-yard gain into a 9-yard pickup. He finished with nine catches on 12 targets for 117 yards.

— Of Brady’s three incompletions targeting Amendola, all were throwaways. Brady had 10 total throwaways, showing his usual aversion to risks. Brady did take some frustrated heaves down field, however, one of which resulted in an interception.

— The Bills mostly covered Gronkowski with defensive backs, but he did draw bracketed coverage at times with a linebacker underneath and a safety over the top. The Bills wouldn’t allow Gronkowski off the line of scrimmage as the Patriots got closer to the end zone, using two linebackers to press the big tight end on this first-quarter play.

PASS BLOCKING
— The Patriots’ offensive line was supposed to be improved with Sebastian Vollmer and Marcus Cannon back and healthy. That wasn’t the case against the Bills. The offensive line gave up 13 total quarterback hits.

— Centers Bryan Stork and David Andrews gave up only one pressure apiece.

— Check out this week’s pass-protection stats.

RUNNING GAME
— James White carried the ball just twice for 14 yards. He picked up 8 yards on a third-down draw and scored a 6-yard touchdown on a quick run near the goal line. He showed nice toughness on the score.

— LeGarrette Blount didn’t have much room to run behind the Patriots’ offensive line, but as usual, he showed off nice power as he got a head of steam.

— Cannon whiffed on a block late in the first quarter of a 2-yard loss by Blount.

PASS COVERAGE
— The Patriots mostly split their time between Cover-1 and Cover-3 looks while also mixing in some Cover-2. They did a nice job to keep quarterback Tyrod Taylor from scrambling. He had just 1 yard on four carries, despite so much man coverage.

— The Patriots didn’t use cornerback Rashaan Melvin on defense, instead deploying safeties Tavon Wilson and Duron Harmon in nickel and dime sets. Wilson played as a slot cornerback while Harmon filled in for McCourty at free safety when the starter was playing near the line of scrimmage.

— Malcolm Butler spent most of the game lined up across from Bills No. 1 receiver Sammy Watkins, while Logan Ryan drew Robert Woods and Wilson took on Chris Hogan. Chung covered Hogan and tight end Charles Clay.

— Ryan had an excellent game, allowing only one catch for 4 yards on five targets. Even the one reception he let up was debatable, since he was in Cover-3 zone. Ryan is in the perfect position with the Patriots to shut down No. 2 receivers, letting Butler take on No. 1s.

— McCourty had another fantastic game and showed his elite range on a deep pass into the end zone to running back LeSean McCoy, who had beat linebacker Jonthan Freeny badly down the sideline. McCourty traveled half the field to break up Taylor’s pass.

— Check out this week’s pass-coverage stats.

PASS RUSH
— Patriots 2014 first-round draft pick Dominique Easley continues to live up to the hype this season. He had four total pressures with half a sack Monday night. He also had this quarterback hit, forcing an incompletion from Taylor.

— Rob Ninkovich came up with a clutch sack for the second consecutive week. He stopped Taylor for an 8-yard loss late in the fourth quarter, all but preventing the Bills’ chance at a comeback.

RUN DEFENSE
— Linebacker Jerod Mayo, who has taken on a reduced role this season, had a strong game against the run. He had a 4-yard tackle for loss on the Bills’ first drive.

— Defensive backs Patrick Chung and Logan Ryan had strong showings in the run game. Chung stood up running back Karlos Williams for a 1-yard loss early in the fourth quarter. 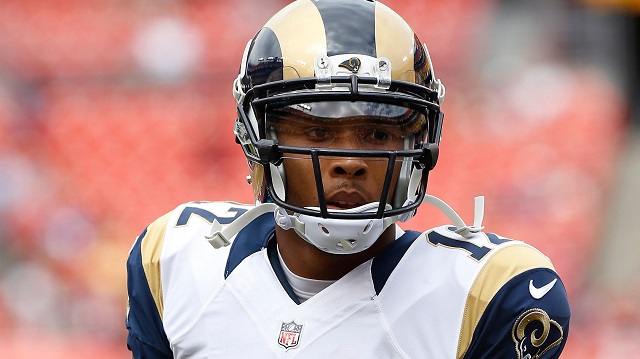 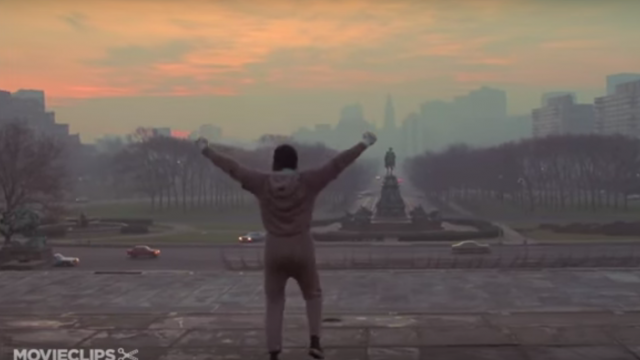 Every ‘Rocky’ Movie, Ranked From Worst To Best, As ‘Creed’ Joins Series (Videos)