DENVER — The result of the New England Patriots’ 30-24 loss to the Denver Broncos could have been different had a few questionable penalties gone the other way.

Rob Gronkowski was called for pass interference with 5:22 left in the fourth quarter when the Patriots still led, 21-17. The Patriots faced third-and-5, and quarterback Tom Brady hit Gronkowski for a 10-yard pass and a first down — until it was called back because of the penalty.

Gronkowski was called for a push-off, but the replay didn’t show anything indisputable.

Brady was fired up and yelling at the officials after the play, but he was mum when asked about the calls by the media.

“I have no idea,” Brady said. “They have meetings about it, but I have no clue.”

Patriots coach Bill Belichick also didn’t have much to say about the call.

“I think you should talk to (the officials),” Belichick said. “Talk to the league. I’m sure they have all the answers on that, so talk to them.”

Broncos guard Evan Mathis could have been called for illegal hands to the face on the Broncos’ fourth-quarter go-ahead touchdown with 1:09 left in the game, but the officials kept the flags in their pockets.

The officials threw a flag on Patrick Chung for holding on the previous play, however, when Alan Branch sacked Broncos quarterback Brock Osweiler for an 8-yard loss.

I do not root for the Patriots. The Patriots got jobbed by the refs. 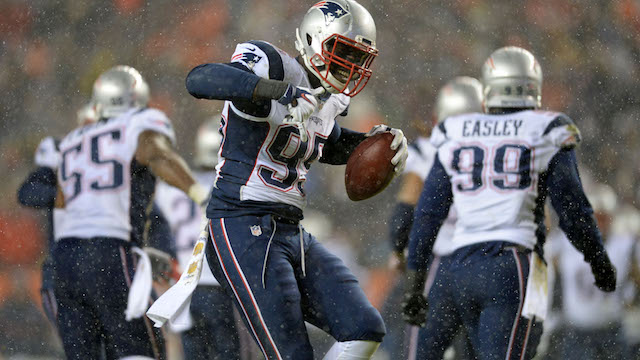 Chandler Jones Only Would Discuss Eagles After Patriots’ Loss To Broncos 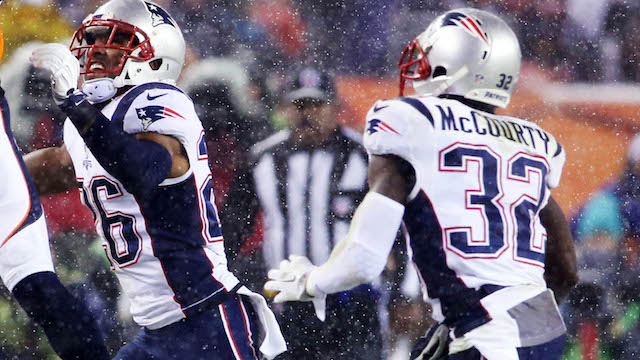