Bill Belichick adores versatility. The New England Patriots head coach can’t get enough of it while fielding a defense, and perhaps that dates back to his early days in the NFL, when players would rarely come off the field.

Belichick loves linebackers who can rush the passer and drop deep into coverage, defensive ends who can play special teams and provide pressure inside and cornerbacks who have experience in any scheme. The problem with versatility at times, however, is it doesn’t always put players in their best position to succeed.

The key to the Patriots’ better-than-expected pass defense this season hasn’t just been versatility but also specialized roles for safeties.

Devin McCourty, who signed a five-year, $47.5 million contract this offseason, is the superstar who can do it all. His primary role is deep at free safety, but he’s also played near the line of scrimmage more this season, covering tight ends and wide receivers while also being involved in run defense.

Duron Harmon takes over the deep role — allowing McCourty to move down — in obvious passing situations and has shown off impressively improved range in his third season — and it was already great in 2014.

Patrick Chung stays comfortably near the line of scrimmage, where his specialty is run defense and 1-on-1 coverage, mostly against tight ends, though he did match up against speedy Indianapolis Colts wide receiver T.Y. Hilton in Week 6.

Rookie Jordan Richards has taken over the Patriots’ “money” dime defensive back role and can either contribute as a Cover-2 deep safety or play in the box as a pseudo linebacker.

The Patriots have a player for every position, and the group is unselfish, so they could be starting one game and situated on the sideline in the next, and Belichick won’t hear a peep. And while they specialize, each player is working on providing versatility, which is still paramount in the Patriots’ secondary since Belichick will switch coverages from snap to snap and series to series.

“Everyone has their role, so we’re all confident in our roles, as well as we’re trying to expand our games personally, so we can take on more roles if need be,” Richards said. “That’s part of just being a team and getting better. That’s why I think it’s one of the best groups.”

The system is working. Exceptionally well, in fact.

Quarterbacks have a 52.4 passer rating while throwing in the vicinity of the Patriots’ safeties. McCourty, Chung, Harmon and Richards have allowed 26 completions on 49 attempts for 232 yards with three touchdowns, four interceptions and nine pass breakups. The Patriots have given up just two plays of over 40 yards this season, and the defense as a whole has allowed just an 85.2 passer rating — good for ninth in the NFL.

McCourty, Chung and Harmon all rank among the league’s top 15 safeties, according to Pro Football Focus’ ratings, making them the best stable in the NFL.

As Logan Ryan eloquently said about playing defensive back with the Patriots, “You can’t be dumb to play here.”

The Patriots’ safeties are not only standing out because of their coverage skills and solid tackling but also their communication skills and experience. McCourty was selected in the first round of the 2010 NFL Draft, Chung was drafted by the Patriots in 2009 and spent one year with the Philadelphia Eagles before returning, and Harmon was taken in 2013. Backups Tavon Wilson and Nate Ebner have been with the Patriots since 2012.

“I think the good thing is whether it’s me, Duron or Chung in there, all of us are vocal guys who have had to (take charge of communication), so it doesn’t matter,” McCoury said. “We’ve done a good job of knowing each person’s role when all three of us are in there, when it’s two of us. Guys don’t have to do more or do less, it’s just do the role that we talk about throughout the week.

“I think the best part is a lot of what we’ve done this year has been between us as players. (Safeties coach Brian Flores) will come in, and he’ll give his piece on what he wants, and then it’s us working it out as a group how we want to do things. I think that’s been something that’s been different this year with Duron older and Chung back here now and really into the groove of knowing what we’re doing. It’s just all of us having an understanding of what we want to do on the defensive side.”

If the opposing offense deploys a third wide receiver rather than an extra tight end, the Patriots safeties are trusted to decide among themselves who will split out and take on that responsibility. And if the offense is showing a new wrinkle, the safeties have the experience to know how Flores and defensive coordinator Matt Patricia would want them to defend that personnel.

“There?s times when there?s four safeties on the field, so it?s four spots the safeties need to cover, and we?ll go from there,” McCourty said. “Chung could feel like it?s a better matchup for me on a guy, or he could want to cover a guy, so we can always go from there and the whole free safety, strong safety or extra safety that?s in the title doesn?t really matter.”

Throw out the Madden position titles when it comes to the Patriots’ defenders. There’s a reason McCourty, Harmon and Richards are listed on the Patriots’ roster as defensive backs, not safeties. That’s a high degree of trust the Patriots’ coaching staff is instilling in its safeties to trust their own skills and abilities. Still, you likely won’t see Harmon near the line of scrimmage or Chung covering the deep third of the field.

It wasn’t just the trust of the coaching staff the Patriots’ safeties had to earn.

Chung, who has allowed just 14 catches on 25 targets for 122 yards with one touchdown and four pass breakups on the season, is the key component to the Patriots’ success against tight ends. The veteran safety was a popular whipping boy for Patriots fans in his first tenure with the Patriots, but he also was playing out of position as a deep safety in the Patriots’ old Cover-2 zone scheme.

?We have some other guys that can do that and that is one of the things Pat and I talked about after his 2013 season in Philadelphia. That was one of his questions. ?Why would it be different now?? I explained to him this is why. It?s worked out. He?s played really well for us. I don?t think he?s changed very much as a player. He does the things well that he?s always done well. I think we?ve done a better job of using him in our scheme the last two years than maybe we did in 2012, 2013.?

I'm a Chung apologist, but he fits a lot better at SS in a Cover-1 than he ever did at FS or S in a cover-2.

Chung has turned into one of the Patriots’ most dependable players, and the story of redemption is nothing new for Patriots safeties.

It’s difficult to remember now after two dominant seasons in coverage, but Harmon, who was targeted just two times last season and didn’t allow a reception, was the laughingstock of the 2013 NFL Draft. He wasn’t projected to be drafted, but the Patriots selected him in the third round, leading to guffaws and confusion from Patriots fans and draft analysts.

McCourty, like Chung, was a fall guy before moving to free safety. He was a Pro Bowl selection as a rookie cornerback, but he began giving up big plays as a second-year player. A move to safety full time in 2013 made him one of the NFL’s premier defensive backs.

The Patriots defensive backfield was supposed to struggle in 2015 after losing Darrelle Revis and Brandon Browner in free agency. But there’s a reason Belichick was willing to pay McCourty and not the cornerbacks. The Patriots can crowd the field with rangy safeties, making it difficult for opposing quarterbacks to throw anywhere, not just to one side of the field.

Belichick lost the faith of some Patriots fans after giving up the NFL’s best cornerback. As usual, Belichick gets the last laugh as his team is 7-0 and has one of the more dangerous defensive backfields in football. 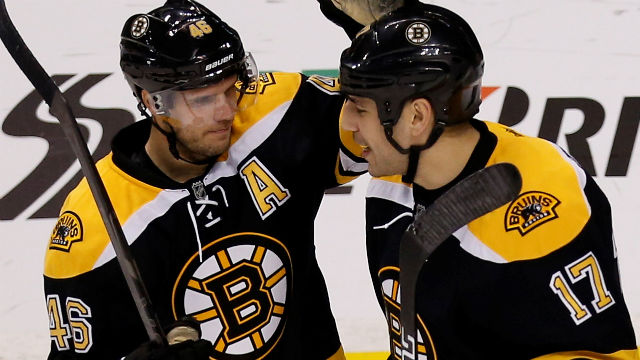 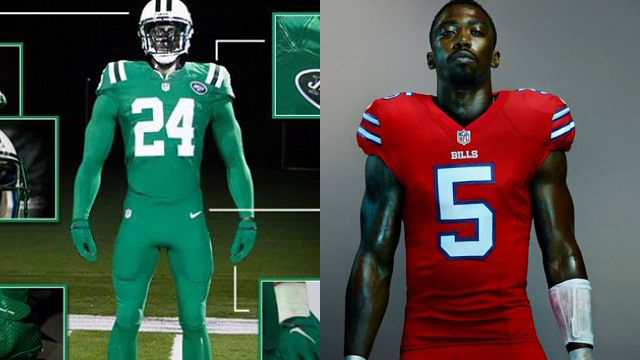