Colorado Rockies shortstop Jose Reyes was arrested in Hawaii on Halloween for allegedly abusing his wife, and news of the incident started to come out Monday night.

Hawaii News Now reported, via sources, that Reyes and his wife, Katherine, were arguing in their room at a Maui resort, leading to the alleged violence. According to the report, Reyes’ wife told police that the Rockies shortstop “grabbed her off the bed and shoved her.” She also claimed Reyes “grabbed her by the throat and shoved her into a sliding glass door,” according to Hawaii News Now’s sources.

Katherine Reyes also told police she had thigh, neck and wrist injuries, and she was taken to a local hospital. Jose Reyes was arrested for abuse of a family or household member, and later was released on bail.

MLB will conduct full investigation on alleged Jose Reyes domestic-violence case. Can be disciplined for ?just cause? without conviction.

Reyes incident occurred during off-season, giving MLB time. Player can be placed on administrative leave for up to seven days in-season.

This alleged incident comes just three months after MLB and the players union signed a new domestic violence policy, which allows the commissioner to issue discipline for the aforementioned “just cause.” Under the new policy, there are no maximum or minimum penalties. 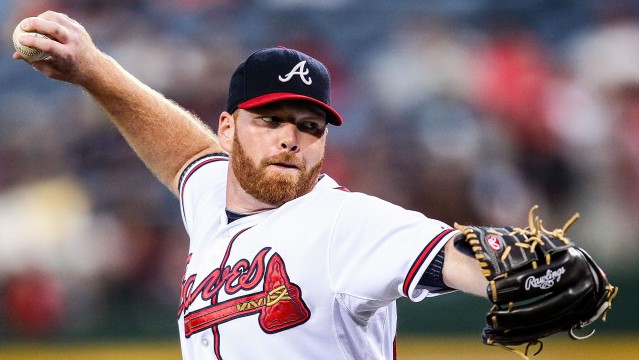 Tommy Hanson, Ex-Braves Pitcher, Dies At 29 After Slipping Into Coma

NFL Week 10 Power Rankings: Steelers Could Make Run If They Get Healthy