Jonny Gomes is a winner, and regardless of his role, he brings a positive attitude that’s contagious and unstoppable.

That was crystal clear Sunday night, when seldom-used Christian Colon stepped to the plate in the top of the 12th inning with the potential World Series-winning run just 90 feet away. Colon delivered with a line-drive single to left field, scoring Jarrod Dyson.

Moments later, Colon came around to score an insurance run, but his RBI was the only one Kansas City needed in a 7-2 win over the New York Mets.

Colon was asked after the game how he maintained his composure and stayed prepared for his number to be called. He credited a familiar Boston Red Sox World Series hero who’s new to Kansas City this year.

“I hit a lot in the cage, made sure I was moving around,” Colon explained to FOX Sports’ Erin Andrews. “Jonny Gomes, he was just taking me under his wing, letting me know what I needed to do in certain situations. That’s why you bring a guy over (in a trade).”

Gomes, whom the Royals acquired at the Aug. 31 waiver trade deadline from the Atlanta Braves, was not on Kansas City’s active playoff roster. However, it appears he made an enormous impact. 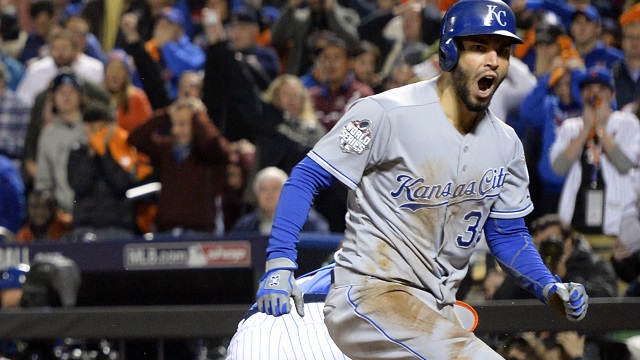 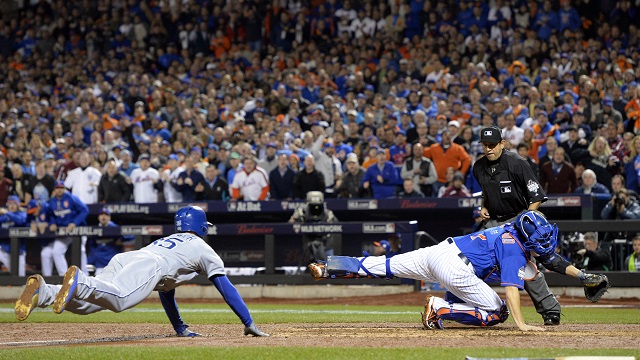