The New York Yankees on Thursday made one of the first moves of the baseball offseason.

Hicks could be a nice pickup for the Yankees, as he figures to be the club’s replacement for free agent Chris Young. Hicks is young at 26, and should be entering his prime. He’s coming off the best season of his young career, appearing in 97 games last season. He hit .256 with a .721 OPS, hitting 11 home runs, with 33 RBIs and 13 stolen bases.

Hicks also could replace Young as an outfielder who hits left-handed pitching well. The switch-hitter had better splits against southpaws last season as he hit .307 against lefties and just .236 against right-handers. He’s also considered a very good defensive outfielder.

Murphy appeared in 67 games for the Bronx Bombers. He hit .277 with three home runs and 14 RBIs. 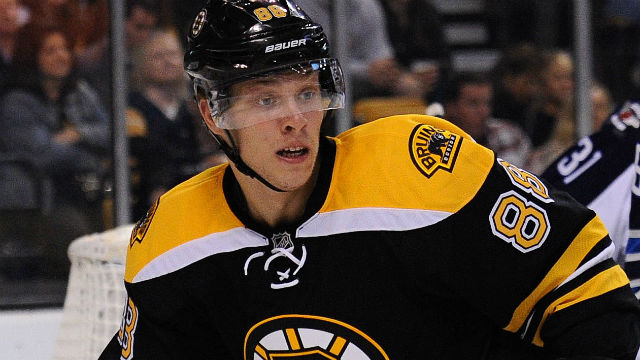 David Pastrnak Has Fractured Foot; No Timetable For Return To Bruins