Brandon Marshall was left scratching his head after the New York Jets’ 26-20 win over the New England Patriots on Sunday at MetLife Stadium. He, like many others, couldn’t believe the Patriots kicked off to begin overtime despite winning the coin toss.

In his quest for answers, Marshall caught up with Patriots offensive coordinator Josh McDaniels at midfield after the Jets scored a touchdown on their first overtime possession to secure the upset victory. The Jets wide receiver knows McDaniels from their time together in 2009, when the latter was head coach of the Denver Broncos.

“After the game, Josh McDaniels came up to me, my old ball coach in Denver, and I asked, ‘What were you guys thinking?’ ” Marshall joked after Sunday’s game, according to CSNNE.com. “He explained to me the situation a little bit, but I didn’t believe him.”

The Patriots’ decision obviously backfired, but Marshall didn’t look to rub it in New England’s face. The veteran acknowledged he has plenty of respect for the Patriots’ coaching staff, including head coach Bill Belichick, who said after Sunday’s game he ordered the kickoff code red.

“They’re so smart over there,” Marshall said, per CSNNE.com. “Coach Belichick is so smart. It wasn’t serious what Josh told me. Their offense only scored one time or something all day. They wanted to play the field position game — have us go three and out, possibly punt and win field position, then go home. It was just bad timing for them.”

Belichick’s outside-the-box approach clearly didn’t work this time around. Perhaps the Patriots will go with a more conventional strategy the next time a similar situation arises.

Then again, it’s probably best to expect the unexpected when it comes to the Pats. 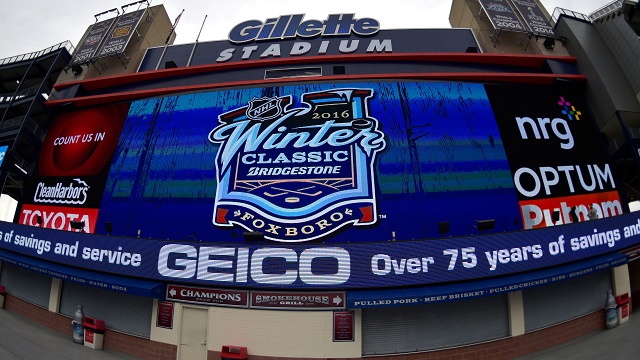