BOSTON — The Bruins managed just 17 shots on goal Monday night as they fell to the Nashville Predators in their return to TD Garden.

The 3-2 loss was the third in four games for Boston, which dropped the first two legs of its three-game Western Conference road trip before rebounding to win the third Saturday night in Vancouver.

IT WAS OVER WHEN…
Viktor Arvidsson raced through the Boston zone, shredded the Bruins’ defense and scored the eventual game-winning goal with just under five minutes left to play in the third.

SAME SCRATCHES
Bruins coach Claude Julien chose not to make any alterations to his line combinations and defensive pairings, icing the same lineup as he did during Saturday’s win over the Canucks. That meant winger Jimmy Hayes and defensemen Dennis Seidenberg and Colin Miller watched the game from the press box, and D-man Adam McQuaid returned to action after missing the final two periods of Saturday’s game with a wrist injury.

Boston’s only change came in net, as Jonas Gustavsson started in place of Tuukka Rask. Gustavsson finished with 30 saves in the loss.

MILLER TIME
Kevan Miller has been productive in two games since returning from his seven-game concussion-induced absence. The defenseman tallied an assist against Vancouver, and he fired a shot past Predators goalie Carter Hutton to open the scoring Monday.

Kevan Miller gets a bounce to go! #NHLBruins take the 1-0 lead! pic.twitter.com/rxim56TQqZ

David Krejci and Matt Beleskey assisted on Miller’s second goal of the season. Krejci, a goal-scoring force during the first month of the season, has morphed into more of a facilitator of late, notching 10 assists and just two goals in his last 18 games.

Miller’s effort was not without flaws, however, as his stumble in his own zone helped set up Arvidsson’s game-winner.

PK FALTERS
Boston entered the game having killed off 27 of their previous 28 penalties, but they were unable to shut down Nashville during a 4-on-3 late in the first period.

Brad Marchand and Filip Forsberg were whistled for matching interference minors, and Zdeno Chara joined Marchand in the box when he caught James Neal with a high stick less than a minute later.

Roman Josi scored on the ensuing power play to tie the game at one goal apiece, then proceeded to add another power-play goal one period later. It was the first time in eight games the Bruins had allowed multiple goals on the man advantage.

MONDAY NIGHT FIGHTS
The second period featured two separate fights, one of which was was a great deal more violent than the other.

First, Marchand and Josi threw down after getting tangled up in the corner. The fight, which really was more of a wrestling match, was the seventh of Marchand’s career and the first for Josi, according to HockeyFights.com.

Tyler Randell, who’s fought more than any other Bruins player this season, followed by beating the stuffing out of Predators winger Eric Nystrom less than two minutes later.

The teams made sure the penalty box operators stayed busy throughout the night. They combined for 44 total penalty minutes, including 28 in the second period.

SPEAKING OF PENALTIES…
James Neal took a costly one for Nashville midway through the second period. The former Pittsburgh Penguins winger was called for embellishment as he tried to draw a penalty on Gustavsson, and Loui Eriksson scored just eight seconds into the ensuing power play.

Ryan Spooner and Patrice Bergeron assisted on the goal, which was the result of some beautiful tic-tac-toe passing.

Another look at Loui Eriksson?s 10th of the season pic.twitter.com/xAqWY2Vice

UP NEXT
The Bruins head north of the border Wednesday for their third of five meetings with the Montreal Canadiens. Boston has yet to defeat its longtime rival this season, losing 4-2 in each of the first two matchups. 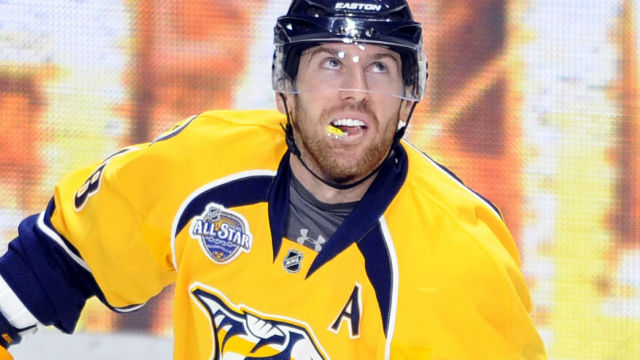 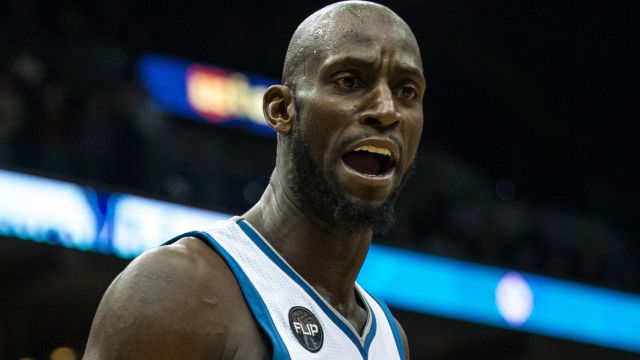