The New England Patriots placed Easley on season-ending injured reserve Tuesday. The 2014 first-round draft pick suffered an injury Sunday in the Patriots’ 27-6 win over the Houston Texans. It was announced as a thigh injury for Easley, though trainers were checking the defensive tackle’s knee after he collapsed on the field.

Easley suffered torn ACLs in both of his knees in college at Florida. His 2014 season ended after aggravating a previous knee injury. Easley was spotted pedaling on a stationary bike after leaving Sunday’s game and never went to the locker room after the injury.

Easley’s injury “won’t have any long-term effects once he recovers,” the Boston Herald’s Jeff Howe reported.

Easley finished the season with 15 tackles and two sacks in 11 games. He had eight QB hits and 17 hurries and generated pressure on 12.9 percent of pass-rushing opportunities. He missed games this season with hip and ankle injuries.

Akiem Hicks, who the Patriots acquired in a trade with the New Orleans Saints in September, likely will step up in Easley’s absence. He had two sacks and two quarterback hits with increased pass-rushing reps against the Texans. 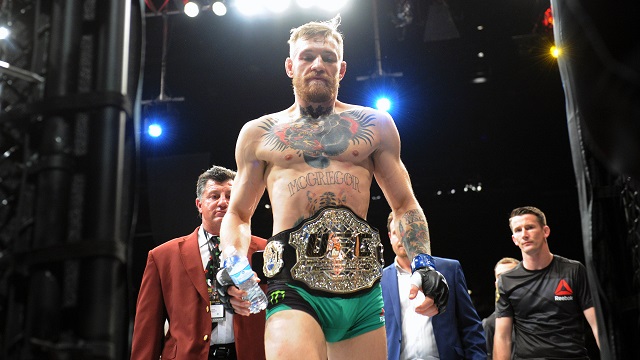