The Patriots allowed just 189 yards and seven first downs, with the pass defense yielding 102 yards and 3.4 yards per attempt while collecting six sacks.

J.J. Watt and the Texans’ defense was supposed to give the Patriots trouble. Instead, it was Jabaal Sheard, Logan Ryan, Leonard Johnson and New England’s defense that stood out in its 27-6 win at NRG Stadium.

Check out this week’s stars of the game as the Patriots stopped their two-game skid and reclaimed the AFC’s No. 1 playoff seed with their 11-2 record.

JABAAL SHEARD
The pass rusher had two sacks, two forced fumbles, three quarterback hits and five tackles on the night, as he terrorized the Texans’ offensive line. It was Sheard’s best game as a Patriot, and he hasn’t been a slouch in his first season in New England.

Akiem Hicks, whom the Patriots acquired in a midseason trade with the New Orleans Saints, also had two sacks and three QB hits. Defensive tackle Dominique Easley and defensive end Rob Ninkovich had sacks, too.

ROB GRONKOWSKI
The tight end played a reduced role in his first game back from a right knee injury, but he still caught four passes on four targets for 86 yards and one touchdown, including a 45-yard reception.

The Patriots were smart with Gronkowski, only “breaking glass” when needed, until he hauled in a 34-yard catch in the fourth quarter. Many were wondering why Gronk still was in the game.

LOGAN RYAN
The cornerback manned up against one of the NFL’s most dangerous receivers and limited DeAndre Hopkins to just two catches on five targets for 45 yards with two pass breakups. The Patriots also gave up a 7-yard reception to Hopkins in zone coverage.

Ryan typically covers No. 2 receivers, but he performed exceptionally well against a legit No. 1.

TOM BRADY
Brady was 22-of-30 passing for 226 yards and two touchdowns, and he also ripped off a 13-yard scramble in the fourth quarter. It was Brady’s best game since Julian Edelman went down with a foot injury in Week 10.

Brady was sacked three times, but Watt was held sackless.

LEONARD JOHNSON
Johnson signed Wednesday and drew the start at slot cornerback. He allowed one catch for minus-1 yard on three targets with two pass breakups as he passed Tavon Wilson and Justin Coleman on the Patriots’ depth chart.

No. 1 cornerback Malcolm Butler drew receiver Nate Washington and allowed one 49-yard catch on three targets with a pass breakup. 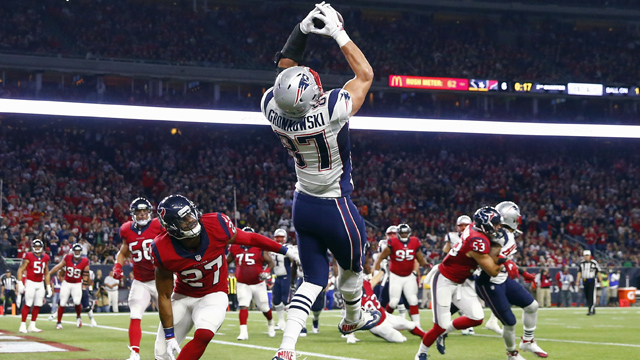 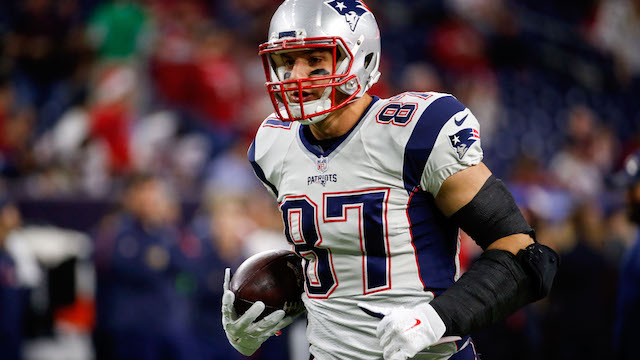